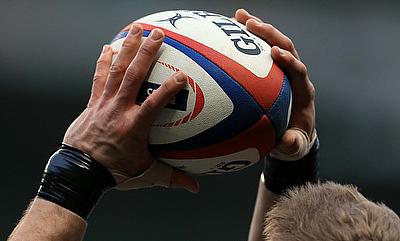 2017 season of Super Rugby kicks off on 23rd February
©PA

With the commencement of the 2017 Super Rugby season less than a week away, Talking Rugby Union looks ahead at the season-to-come in the now five-nation, 18-team competition designed to showcase the very best that Southern Hemisphere club rugby has to offer.

In a first for Super Rugby, the 2017 tournament kicks-off on Thursday 23 February with the competition’s inaugural Thursday evening showcase that will pit the Melbourne Rebels against the Auckland-based Blues at AAMI Park in Melbourne. The Thursday festivities continue the following week with another Thursday night match, this time an all-Australia encounter between Western Force and the Queensland Reds at the nib Stadium in Perth.

Reigning champions the Hurricanes, based in Wellington, begin their title defence in Tokyo against the Japanese Sunwolves on Saturday 25th February. Erstwhile, the 2016 Australian conference winners Brumbies, representing the Australian Capital Territory, will play the Canterbury-based Crusaders in Christchurch.

In an exciting development, this season two Super Rugby matches will be hosted in the Pacific Islands; in Round 13 the Chiefs and Crusaders will meet in the Fijian capital Suva on Friday 19 May; and a fortnight later in Round 15, the Blues and the Queensland Reds will square off in the Samoan capital Apia on Friday 2 June.

2017 will mark the second season in which the 17-round, four-conference tournament structure that sees each team play 15 matches and have two byes is implemented in Super Rugby. As in 2016 each team will play six matches within its own conference and nine matches against other conference teams. Click HERE for the updated official 2017 Super Rugby fixtures list.

Five changes to the laws of rugby union will be trialled globally in 2017 after their approval by the sport’s World Rugby governing board. The amendments, which deal in aspects of law including front-row replacements, advantage, touch, penalty tries and time-keeping, were first proposed by member unions and then considered by the Law Review Group and Rugby Committee before being trialled on a closed basis in various competitions around the world. Having achieved positive results from those trials, LRG and Rugby Committee recommended to Council that the trials be expanded globally.

In line with the law review timelines, the trial will begin on 1 January, 2017 in the southern hemisphere and 1 August, 2017 in the north and will last for an initial period of one year. This timeframe means that Super Rugby will be the first international domestic competition to operate under the new trial laws.

Furthermore, the 2017 British and Irish Lions tour and June window internationals will be played under the global law trials.

World Rugby has also strengthened its commitment to injury prevention by announcing details of a zero-tolerance approach to reckless and accidental head contact in the sport.

In a change to law, World Rugby has redefined illegal (high) tackle categories and increased sanctions to deter high tackles via a law application guideline. This will apply at all levels of the game from 3 January 2017 introducing minimum on-field sanctions for reckless and accidental contact with the head, effectively lowering the acceptable height of the tackle.The guideline will be supported with a global education programme.

Ahead of the new season, the Sanzaar Referee Team camp was completed in Sydney, with the collection of referees undergoing a series of tests to assess their physical, mental and technical skills.

The Sanzaar Game Manager, Lyndon Bray, described the importance of finding ways to put the referees under the same type of game pressure that they experience on the field.

"The camp agenda is planned around creating strong clarity of what we are trying to achieve in the game and then using different skills based activities to then put them under physical and mental pressure, while having to make game related decisions at the same time."

Across 4 days, the referees worked through an array of feedback from the team coaches and the learning points from their own 2016 season reviews before the senior referee leadership group led the team through the rugby related phases of the game, seeking to ensure greater consistency of approach.

Finally, SANZAAR has today [Friday 17 January] announced that it has made an amendment to the Television Match Official (TMO) protocol for the 2017 Super Rugby season.

The amendment is a reflection of the emerging technology that is now accessible to match officials, specifically in terms of the number of camera angles and the use of split-screen television software that can be used to assist with on-field decisions. SANZAAR’s investment into this reflection also mirrors the organisation’s desire to tighten the decision-making process and make it more accurate, more efficient and reduce the time taken for the decisions to be made between referees and the television match officials.

Should the referee or one of his team (Assistant Referees or TMO), wish to initiate a review of a decision (via replay by the TMO), the referee will first state to the TMO his "on-field decision" based on his real-time view. The TMO will then review the given incident accordingly based on the referee’s assessment.

In a new change however, the TMO now has the ability to overturn the referee’s on-field decision albeit only if the TMO is able to find compelling evidence to prove the referee has made an incorrect call.

‘What’ can be referred for review remains the same as the World Rugby Protocol (no change). The “two phases back only” protocol has also not been amended.

The only exception to this process is in the case of a potential foul play incident. The referee can choose to review the incident on the big screen (or request the TMO to review it if the replay screen is of poor quality) even if their has been no “on-field decision" prior to the review.

Commenting on the new protocol, SANZAAR CEO Andy Marinos said, “The general consensus is that with the new technology and the protocol of a definitive "on-field call", time is saved and the awkward conversation between referee and TMO that occurs from time to time is eliminated.”

“SANZAAR is confident this will enhance the fan’s match experience. This also aligns our sport’s process with that of almost all the other high performance sports, which use a television replay protocol.”