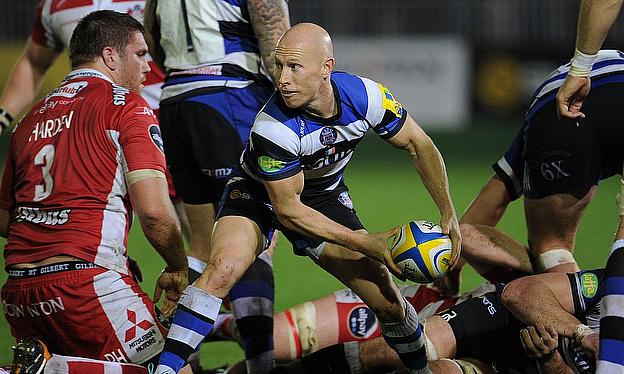 Peter Stringer has agreed a new deal with Bath
©PA

Stringer, capped 98 times by Ireland, has been at the Aviva Premiership club since January 2013 after initially arriving on loan from Munster.

"Bath is a great place to be at the moment," Stringer told the club's official website.

"There's a lot of hugely exciting young players in the squad, and it's a group that's really building towards a bright future.

"I feel I still have a lot of rugby in me, and still enjoy getting out there and training and playing with the lads.

"I'm looking forward to the rest of this season and next, and seeing how far we can go."

The 36-year-old won two Heineken Cups with Munster before spending time on loan with Saracens and Newcastle, and Bath head coach Mike Ford believes his experience is invaluable.

"Strings brings a lot of experience to our relatively young squad, and his absolute professionalism sets a great example to them," he said.

"He's not lost any of his enthusiasm or ability, making him a real asset for us, and we're thrilled he's agreed to stay for another year."

Stringer has made 12 Premiership starts for Bath this season, coming off the bench three times, to help Ford's men sit third in the table.