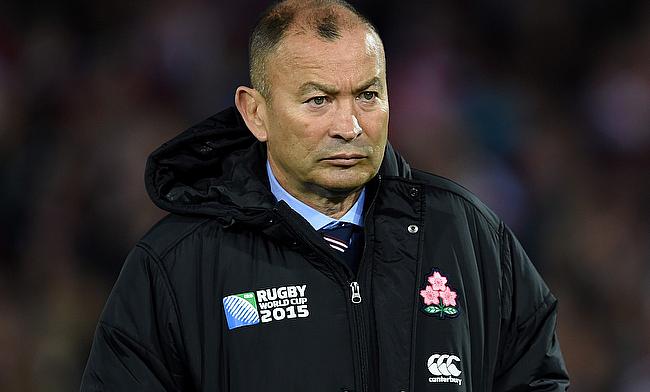 The odds on Eddie Jones becoming the next England head coach continue to tumble, but the Stormers are adamant their new boss will remain in Cape Town.

The Rugby Football Union is reported to have made contact with Jones in its search for a man of "proven international experience" after Stuart Lancaster stepped down in the wake of England's World Cup disaster.

William Hill has become the latest bookmaker to suspend betting on Jones replacing Lancaster after the Australian was heavily backed over the last 48 hours, reducing him from 6-1 to 11/10 before closing the market.

The Stormers, however, are publically insisting that the recently-arrived 55-year-old will continue at the South African Super Rugby franchise.

"Eddie's position has not changed since his unveiling last week at our media conference," a Stormers spokesman told Press Association Sport.

"Eddie said then that there has been 'no contact and I'm committed to the Stormers'."

Jones, the former Australia and Japan coach, has become the front runner to replace Lancaster after a succession of high-profile candidates ruled themselves out of contention.

His compatriot Michael Cheika, who has returned to the United Kingdom to coach the Barbarians this week, committed himself to the Wallabies on Monday by stating he already has his "dream job".

A mass of in-demand Kiwis, among them Warren Gatland, Steve Hansen and Wayne Smith, are out of the frame for a variety of reasons, leaving Jake White as the only man to publicly declare his interest.

With the most recent international experience on White's CV coming eight years ago, albeit when he steered South Africa to World Cup glory, Jones has been identified as the most credible candidate who could be lured from his existing post.

He led Australia to the final of the 2003 World Cup, but his finest moment was masterminding Japan's shock victory over the Springboks at England 2015 two months ago - the greatest upset in rugby history.

Japan went on to win two more matches in the pool stage, yet still failed to advance to the knockout phase.

He also enjoyed spells as an assistant with South Africa in 2007 and at Aviva Premiership club Saracens.

Recent comments made by Jones, however, could signpost a looming club v country row were he to be appointed.

"How can you manage your players when they are controlled by other organisations?" he told ESPN.

"In my opinion, that is the single greatest task ahead of whoever is going to be appointed as the next England coach.

"Wales, Ireland and Scotland - unlike England, Italy and France - all have centralised contracting systems.

"The union controls the players. As a consequence, they produced competitive teams and vibrant performances at the recent World Cup."