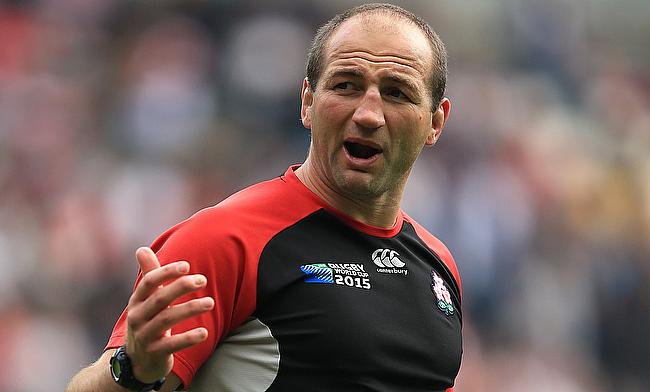 Bristol maintain no agreement is yet in place to allow Steve Borthwick to join Eddie Jones' England coaching team.

Jones was appointed as Stuart Lancaster's replacement in November after an impressive stint in charge of Japan and has set about building his own coaching set-up.

Earlier on Tuesday, the Rugby Football Union announced former England captain Borthwick, a line-out specialist who worked with Jones with Japan before joining Bristol, would take up a new role as forwards coach.

However, Bristol subsequently released their own statement stressing no permission had been given for the RFU to speak to Borthwick about the role.

Bristol's statement read: "Steve Borthwick has today indicated to the club that he wishes to join the RFU coaching team.

"Bristol Rugby want to make it clear that we have not agreed that Steve Borthwick can leave our employment.

"Steve Borthwick is subject to a recently signed long term employment contract. Bristol Rugby did not give the RFU permission to speak with Steve Borthwick.

"Bristol Rugby will take all reasonable actions as necessary to protect the club's position and, therefore, will not be making any further statement at this stage."

The rebuttal from Bristol came following confirmation by the RFU of Borthwick's new role earlier on Tuesday afternoon.

A statement from the governing body read: ''The RFU can announce Steve Borthwick has agreed to join Eddie Jones' coaching staff.

''The former England captain will join the national set-up as forwards coach. He will be reunited with Jones having worked together for three years on Japan's 2015 Rugby World Cup campaign as well as at Saracens, where the Australian signed him as a player from Bath.

''The 36-year-old former England international and captain had a brief coaching spell with Greene King IPA Championship side Bristol Rugby following the conclusion of the tournament this year.''

Borthwick, who won 57 England caps during his career and played in the 2007 World Cup final, had described working with Jones and England as ''a really exciting opportunity''.

He said: ''This is a huge honour to be asked as these chances don't come around often. We have an exciting group of players in England and I am really looking forward to the challenge and getting England beating the best teams in the world.''

Before their time with Japan, Borthwick and Jones worked together at Saracens and the new England coach praised the work of the former Bath lock.

Jones said: ''I'm delighted that Steve has joined my coaching set-up. I have known him for a long time through Saracens and Japan and he has done fantastic work as a coach.

''Steve has a huge amount of international experience as a player and a captain and his coaching in Japan in recent years shows he can get the best out of the players at the highest level. He is a great addition and I look forward to working with him again as we look ahead to the start of the RBS 6 Nations next year.''

Another member of the Saracens staff from Jones' time at the club, Paul Gustard, is also wanted by the Australian and his appointment could be announced in the coming days.