Steffon Armitage open to England recall but focused on Toulon 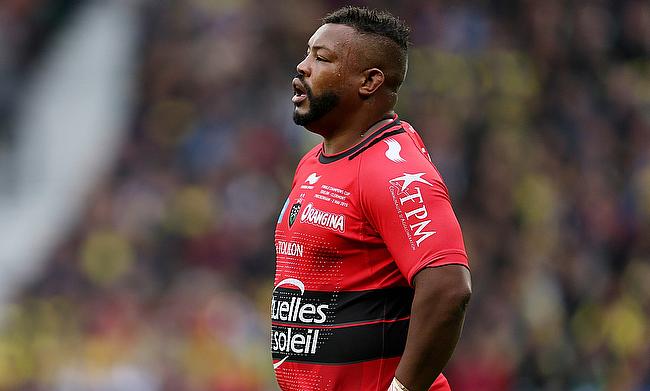 Steffon Armitage has admitted he "wouldn't say no" if he got a call from new England coach Eddie Jones to resumes his international career with England - but insisted his immediate aim is to continue performing well for his domestic club, Toulon.

Armitage was named European Player of the Year in 2014 but, despite his impressive displays for French giants Toulon, he was not eligible to be picked for Stuart Lancaster's World Cup squad this summer due to England's policy of not selecting overseas-based players.

On Sunday the 30-year-old flanker once again starred for reigning Top 14 and European champions Toulon as the French side dismantled Leinster in a 24-9 win in the European Champions Cup, scoring two tries as well as helping his side force nine turn-over penalties.

And while Jones, who replaced Lancaster after England's miserable World Cup campaign, has stated he is happy to adhere to the RFU’s rule of only picking players who play in the Aviva Premiership, Armitage has not given up hope of adding to his five caps in the future.

"I wouldn't say no, but my first thing is to keep playing well for Toulon and keep my place here," said Armitage after being asked about playing for his country again.

"That's the only way I am going to get anywhere at international level - keep my head down and keep pushing. Who knows what is going to happen in the future?"

Reigning champions Toulon extended their unbeaten run at home in the top tier of European rugby to 16 games as they ground out a victory over a Leinster side who have now suffered three successive defeats. The two teams will meet again at the Aviva Stadium on Saturday.

"We had something to prove after our first game and we wanted to show that we still have got the ambition to go further and to win it four times. This is just a stepping stone and hopefully we can come out stronger next week again," added Armitage.

"There is a lot we messed up in the game and a lot we can improve on. It was a tense week coming into this game especially after getting zero points at Wasps. I have to thank all the forwards for my tries - it is eight guys together and we all worked really hard for those tries."