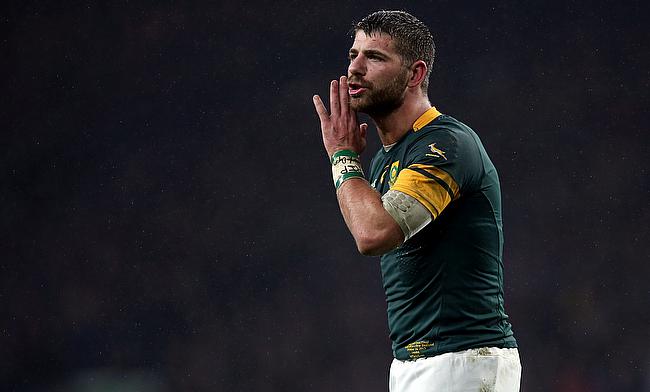 South Africa's Willie le Roux has urged his side to prepare for the aggression from New Zealand as the two teams lock horns with each other in the first two rounds of the Rugby Championship.

The All Blacks are heading into the Rugby Championship following a home series defeat against Ireland that saw them drop to the fourth place in the World Rugby Rankings.

Despite the setback, le Roux believes the All Blacks will be a force to reckon and will be keen to make a statement in the upcoming tournament.

“I wouldn’t say it (the Springboks’ Rugby Championship draw) is an advantage,” said le Roux.

“Obviously, we are excited to play at home in front of our supporters in Nelspruit and Johannesburg, and then we have a tour against Australia and Argentina before coming back home for our last Test, so it’s going to be a good challenge for us.

“Matches between the Springboks and All Blacks are always big games, and it is one of the biggest rivalries in world rugby. The fact they come off defeats against Ireland will inspire them even more going into the next few games. I have no doubt they will come here and give their best.

“They’ll definitely want to turn things around, so the important things for us will be to show who we are and to ensure that we do not disappoint our fans.”