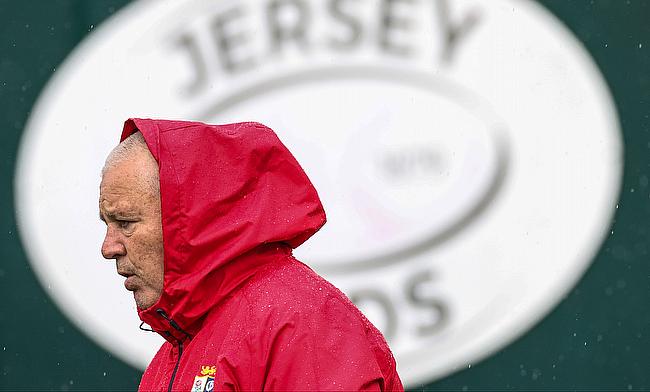 British and Irish Lions head coach Warren Gatland believes the absence of Faf de Klerk and Pieter-Steph du Toit will hurt the Springboks in the third and deciding Test in Cape Town on Saturday.

Du Toit sustained a shoulder injury during the second Test against Lions last weekend and in the same game de Klerk also suffered a muscle strain forcing both the players to miss the final game of the series.

Both the players were influential in South Africa's World Cup triumph with du Toit named the player of the tournament while de Klerk was the sole try-scorer in the opening game of the series against Lions.

Gatland, who was the assistant coach of Lions when they lost the series against South Africa in 2009 said the absence of the experienced duo will be a huge setback for the home side.

"They will be two big losses for them, they are both world-class players and can have a big impact on the match. They definitely will be a loss," Gatland said.

"We thought that when Faf came off he might have had a hamstring or a glute injury, so we weren't expecting him to be playing this weekend.

"We weren't sure about Du Toit in terms of the knock he took early on in the game and tried to play through, but he wasn't right.

"Losing Faf possibly changes the way we are going to look at things. They might kick more off Handre Pollard like they did at the weekend. Pollard kicked a lot more in the second Test so they may revert to that.

"With Faf's left-foot game and the way he defends, everything is on the edge with him in the way that he plays. He's pretty feisty."