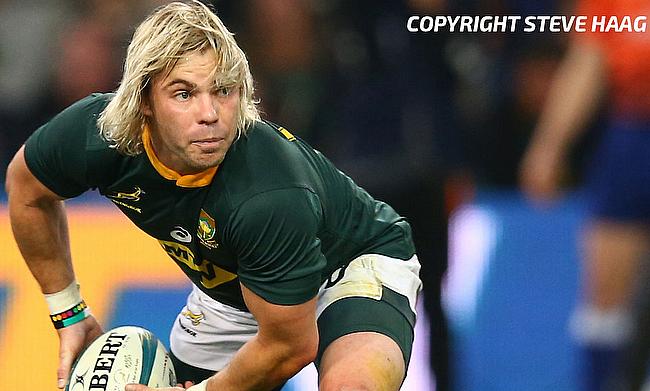 South Africa head coach Jacques Nienaber has made two forced changes for the third and final Test against the British and Irish Lions to be played in Cape Town on Saturday.

Pieter Steph Du Toit misses out on the encounter due to a shoulder injury that he sustained during the second Test while scrum-half Faf de Klerk also is ruled out with a muscle strain.

Morne Steyn, who famously kicked a penalty to guide South Africa to a series win over Lions in 2009 has been named on the bench on with his last appearance coming in October 2016.

“This is a massive Test for us with the series on the line, so it was important for us to maintain consistency in selection following last week’s performance,” coach Nienaber said in a statement.

“Pieter-Steph du Toit was ruled out due to the shoulder injury he suffered last week, but we are fortunate to have experienced players such as Franco and Lood who can step in and who have the physical presence we need in those roles.

“Cobus is also an experienced player with a calm head and who can handle pressure, and we believe he will be able to dictate play well alongside Handre Pollard.

“This group of players are among a handful of players in the history of South African rugby that have an opportunity to clinch a series against the Lions after winning the Rugby World Cup, and every player in this squad understands what a rare honour that is.

“I don’t think one needs any more motivation than that to win this weekend. We are preparing for a physical encounter and we know that every small battle will count if we want to win the series.”