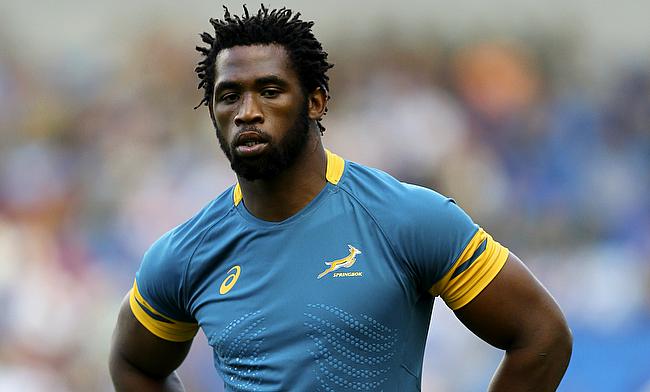 Siya Kolisi continues to remain on the sidelines
©PA

South Africa director of rugby Rassie Erasmus has named 36 member squad for the final two rounds of the Rugby Championship against New Zealand and Argentina.

Meanwhile, skipper Siya Kolisi has been left out of the squad as he continues his rehabilitation from an injury.

Following a 35-17 win over the Wallabies, Erasmus' men will face New Zealand at Westpac Stadium on 27th July followed by a clash against Argentina in Salta on 10th August.