South Africa make one change for encounter against Argentina 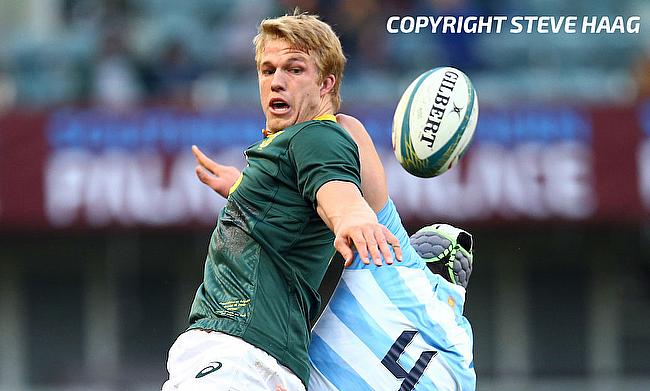 Pieter-Steph du Toit of South Africa out jumps Guido Petti of Argentina during the Rugby Championship match between South Africa and Argentina at Jonsson Kings Park on August 18, 2018 in Durban, South
©Steve Haag

South Africa have named lock Franco Mostert in the line-up for the upcoming Rugby Championship clash against Argentina to be played in Mendoza on Saturday.

Mostert's return will remain the only change for the Boks in the line-up from the 34-21 triumph they enjoyed in Durban and he will take the place of Pieter-Steph du Toit, who now moves to the bench.

“Franco needed rest after Super Rugby and the June internationals and we therefore didn’t consider him for Durban. He’s been our first-choice No 5 lock and that’s why is starting on Saturday," said head coach Rassie Erasmus.

Erasmus kept his backline unchanged and also resisted the temptation to tweak his loose forward combination.

“I want to us to build more continuity and those combinations now have another opportunity to play together and gain more experience.

“We’ve always rated them as a very physical team and we felt the game (in Durban) was physical. They’re going to step it up and I think they will come hard at our mauling, scrums and the breakdowns.”

There are two more changes among the replacements with Erasmus bringing in RG Snyman and Wilco Louw in the place of Marvin Orie and Thomas du Toit respectively.