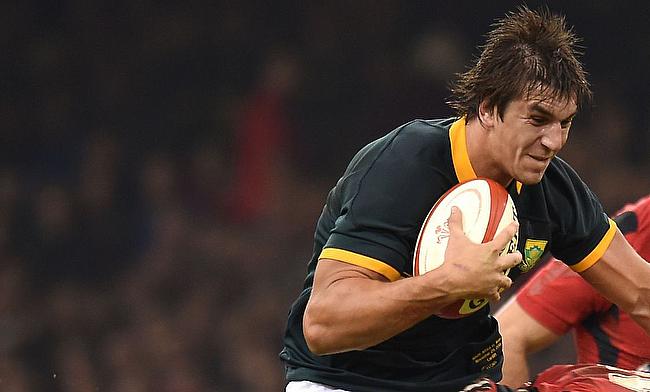 South Africa will be boosted by the return of forwards Eben Etzebeth, Malcolm Marx and Warren Whiteley in their line-up for the Rugby Championship opening clash against Argentina.

Etzebeth last played for the boks in December 2017 and has recovered from shoulder and back injuries after missing the entire 2018 Super Rugby season.

This will also be Whiteley's first appearance in 12 months and will be partnering Francois Louw while Marx has recovered from a hamstring injury after missing the home series against England in June with a hamstring injury.

Elton Jantjies misses out from the match-day squad while Handre Pollard has been named as the designated fly-half with Faf de Klerk at nine. Makazole Mapimpi will start at right wing in the place of the injured Sbu Nkosi and Lukhanyo Am has been preferred at midfield.

"Our forward depth is very good indeed and the competition for places in the team is healthy, which can only be a good thing for us as we continue to build the depth of our squad," said head coach Rassie Erasmus.

"Their [Argentina] new coach [Mario Ledesma] comes with a lot of technical knowledge and experience from his previous coaching roles which is sure to add more firepower to their traditional strengths.

"They will be very confident as a result of the Los Pumas' great run on tour in Australasia, where they won all four their matches on the road, as well as their winning performances against our own franchises."