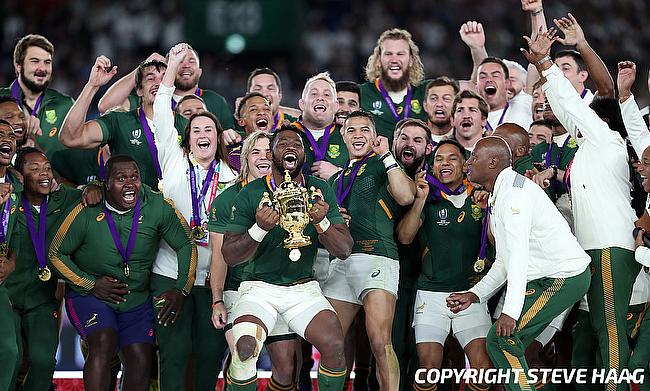 World champions South Africa and Japan could join the Six Nations teams in the autumn series as Rugby Football Union considering various options to recover from the financial crisis created by the pandemic coronavirus.

The outbreak of Covid-19 has brought professional to a halt since March including four Six Nations games while the summer tours were also cancelled.

Even though, club rugby is nearing a return with directives from government, the chances of international rugby resuming anytime soon is still a matter of question with travel restrictions in place.

England are scheduled to host New Zealand, Argentina, Tonga and Australia at Twickenham Stadium in the November series but if it does not go as per the plan, RFU chief executive Bill Sweeney said a proposal to include two more teams along with the Six Nations teams in an eight-side tournament could be an option for the autumn.

"You take the Six Nations and you add in some guest teams," Sweeney told Sky Sports News.

"You could actually have some good fun with various different teams that you could incorporate in that and you create a real festival of rugby, a celebration of the values of rugby and returning to play rugby in autumn of this year.

"We are just going through all the various different scenarios and what we think makes most sense."

Nevertheless, Sweeney said they are initially determined to complete this year's Six Nations tournament which is still wide open with four games left in the competition.

“I don’t see us pushing this year’s games into next year, but finishing 2019 is a priority. Finishing those four games is very much on the cards.”