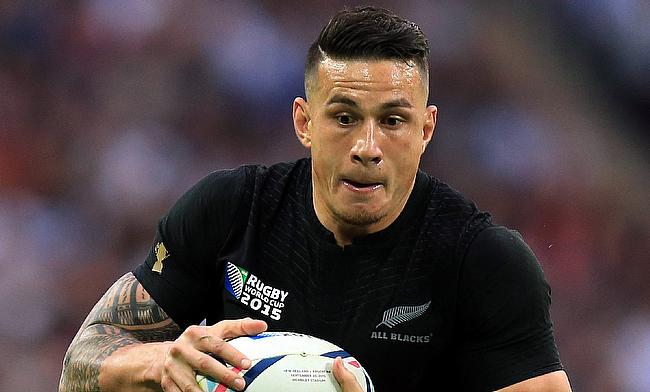 Sonny Bill Williams has played 51 Tests for All Blacks
©PA

New Zealand international Sonny Bill Williams is in line to make a comeback from injury in the upcoming round of the Rugby Championship against South Africa this weekend.

The 33-year-old last played for the All Blacks on 10th November last year during the clash against England at Twickenham Stadium and has been sidelined with a hamstring injury.

The 6ft 4in centre already missed out of the opening game of the Rugby Championship tournament against Argentina but assistant coach Ian Foster reckons Williams is in contention for the game on Saturday having returned to full training on Tuesday.

“He has travelled well, trained fully today, so again it is a matter of making sure he has come through that with no ill effects tomorrow [Wednesday] and Thursday morning, and see what unfolds,” Foster told Stuff.

Earlier, New Zealand head coach Steve Hansen told that Williams would walk into the World Cup squad provided he proves his fitness and Foster said the team management might even consider giving the Blues centre another week of rest.

“It’s a bit of a tightrope you walk. We just need to make sure when we put a player out there it’s the right thing for them and also that they’re at the right place to help advance our game.”

New Zealand are currently at the second position in the Rugby Championship table after beating Argentina 16-20 in the opening round in Buenos Aires.