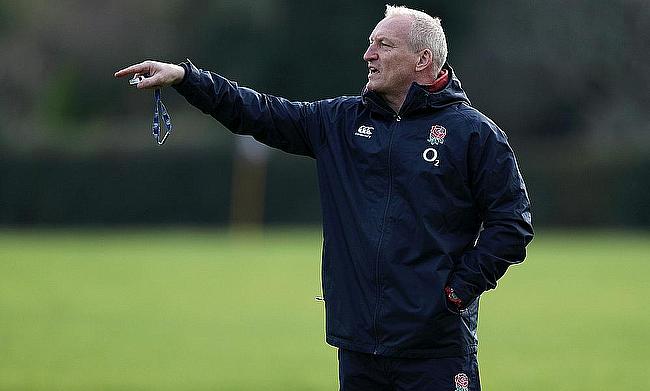 Supporting the LGBTQ+ community in rugby: “It is about building knowledge, listening and understanding”
Stef Evans Exclusive - Falling back in love with rugby and turning #ICare awareness into action
Series Three: Looseheadz x TRU Podcast: Nolli Waterman on punditry, mental health and the Red Roses
Can some of England’s Red Roses target double glory in 2021?

The Men’s Six Nations is turning into a bit of a nightmare for England and Eddie Jones’ side, but despite a disappointing start to the year for one of the national teams, the Red Roses are waiting in the wings to put smiles back on people’s faces.

Following the disruption caused by Covid-19, England’s Women are now gearing up for their rescheduled Six Nations championships, and with 2021 holding so much promise for Simon Middleton’s charges, TRU’s Elizabeth Cartwright chatted exclusively to the Red Roses head coach.

How excited are you to kick-start the Six Nations campaign in April? Have you had any communication with any of the girls yet before training begins?

SM: Yeah, we've actually been training since the New Year. We've probably had about four or five camps in the last couple of months and we generally train twice a week. When any competition comes around, we get excited as it's what we're here for. We can't wait. It's in a slightly different format this year, but there will still be some top-class games and it's sure to be a great competition.

How pleased were you when you heard the news that the Allianz Premier 15s would be allowing Covid tests to be carried out for all players and staff? Surely this is a huge step in the right direction for the tournament and for England?

SM: Oh, it's massive. Fortunately, we have managed to get the tournament up and running with amended laws, but we've got to continue to follow guidelines to allow the game to be as safe as possible.

The introduction to the lateral flow tests twice a week has been great as it just gives everyone a sense of security and gives people peace of mind, so it's a hugely positive step in keeping the game moving.

Do you think moving the Six Nations to April due to Covid-19 is a big opportunity for the women’s game to grow because it has its own place in the calendar?

This offers a fantastic opportunity for a stand-alone event with the best of the best from the Northern hemisphere in what will be our most traditional competition.

It offers a great opportunity for us to attract a wider audience and an audience that's more solely focused on the women's game more than the game in general which tends to happen when the Six Nations is on and when we're running alongside it. I think it's a great opportunity and hopefully we can put a product out there that gets people to watch it and continue to watch in the future.

Do you think it's a chance for broadcasters and supporters to be given the opportunity to engage with the sport?

SM: You'd certainly like to think so, yeah. The one thing about it moving closer to the World Cup is that it creates great momentum for the game. I hope the broadcasters get on board.

We've been fantastically well supported over the years and I'm sure that'll be the case again. If it can be streamed to wider audiences, that'll really help lift spirits.

One of the things we don't always appreciate are the supporters. When you're in a World Cup, you do find yourself in a really isolated bubble. The majority of the media, the excitement etc, we don't see a lot of so when you come out of that isolated bubble, it's what people have been feeling and how the nation has got behind you. It gives you great confidence so if we can generate that, that will be fantastic.

How have you kept busy during the lockdown when you've not been working for England? Do you get much time off (if any!) when your job is so demanding?

We've been incredibly busy like most businesses. You find new ways of working. Particularly in the first lockdown, everyone was thinking about how we can keep connected. We put loads and loads of things in place we knew the girls could do during isolation, in lockdown effectively. We communicated on a weekly basis, chatted one on one and had squad meetings.

Making the country proud and putting smiles on peoples' faces ??

When we moved into the elite sport category, it meant we could still come out of lockdown and train effectively so my days are pretty busy, being connected up to the various departments and women's programme. I try to make a little bit of time for myself, like going for walks and exercising. I like my garage and like most people, I've converted it and doing bits of work here and there but generally, it's business as usual but in a slightly different format.

What's been your proudest moment as a Head Coach for the Red Roses so far?

SM: Oh wow, what a great question! Proudest moment...That is a good question..!

I think one of my most memorable moments would be beating New Zealand in New Zealand in 2017. Obviously, we went on to lose to them in the Rugby World Cup final, but we beat them in Rotorua. It was a curtain-raiser to the British and Irish Lions. It was amazing and the first time we beat them since 2001. It was just the way we played as well. It was such a fantastic team performance. Off the back of that, three or four Six Nations titles but winning in New Zealand as head coach has to be my most memorable and proudest moment.

What do you enjoy most about being a Head Coach?

SM: I enjoy the diversity of the role. I've always been somebody who likes to keep busy and the role definitely tends to do that! I think from progressing to a coach, being very focused on on-field delivery and just looking at the game from a playing point of view is what is so great.

Developing skill sets, working with medical, S&C, management, the coaches and connecting that all together and developing the programme is so exciting for me. I really enjoy that part and also over the last few years in particular with seeing the growth of the Women's Premier 15s. It's been fantastic to be involved in that and to see how that is moving the women's game up to a new level. I love it.

Exeter Chiefs Women have been playing exceptionally well in their first-ever season as a team. Is this a positive in itself for the Allianz Premier 15s as a league?

SM: They've been amazing. I had the privilege of working with Susie Appleby a couple of years ago when I was part of the 7s programme and Susie is a great coach with great staff surrounding her.

They're at a fantastic club, the UK's premier club really. I think they're a huge addition to the AP 15s. They're the type of side and club that breeds quality. There's a lot of tradition that is associated with Exeter. Their roots are very solid and they are a fantastic example of how rugby should be played and how rugby clubs should be run. I don't think it's a coincidence they've entered the league and they've got their own brand of rugby.

If you can knock Quins and Sarries off the top spot in two consecutive weeks, you're doing something impressive as no-one else has managed to do it. I take my hat off to them and I think what they're doing is absolutely wonderful. It's a credit to them and the league.

It's an incredibly exciting time to be a Red Roses fan. How much are you looking forward to the Women's Rugby World Cup in New Zealand?

SM: It's the pinnacle, isn't it? Any World Cup is a great thing to be involved in, but when it's in New Zealand and they're the world champions, being recognised as probably the most consistent team in the world over the last two decades, then there's no bigger challenge.

I think as a sportsperson, coach, player, or any other member of staff who are part of the programme, you always want to be tested to the ultimate to see where you're at and how good you are at what you do. Sometimes you don't get that opportunity, but this is it as it's the ultimate test and there's no bigger one than going to New Zealand and beating the world champions. We can't wait.

How good is this Red Roses squad? This year, in particular, there's a huge amount of strength in depth within the team. I bet you can't wait to begin coaching again?

SM: It's an absolutely fantastic squad. We went from having a really established squad in 2017, where when we played in the World Cup, we had nearly 1400 caps which is immense in terms of experience.

We've now got what is effectively a pretty young squad with probably half if not less than that caps amongst it. Sarah Hunter has well over 100 caps and so do a couple of the other girls. We have a lot of young players in the squad. It's very much a new generation of players and I think the exciting part is bringing the squad together.

How good is it? Well, I think it's more about how good this squad can be this year. They're a great squad, but there's still a lot of potential there and the key is growing that. It's probably a couple of years off from being the best it can be. However, it'll still be a very good squad for 2021.