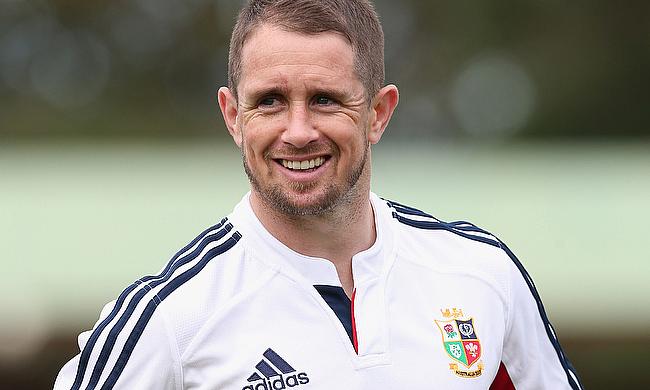 A Talking Rugby Union exclusive interview with Shane Williams, the ex-Wales winger talks about the upcoming World Cup, the loss of Jonathan Davies, Leigh Halfpenny, and Rhys Webb...and the exciting potential of the Australian backline.

First asked on how he perceived Wales’ chances in progressing out of Pool A, Williams was adamant that the pool was certainly the ‘group of death’ of this year’s competition and at least one victory over England or Australia was vital if Wales were to reach the quarter-finals.

“You’re talking Wales, England and Australia there, there’s a very fine margin as to who is the best team out of the three of those, it really is difficult to split that trio.”

“England are playing at home, they had a great Six Nations earlier this year where I thought they were a little bit unlucky not to win the competition overall. Australia who’ve just won the Rugby Championship of course and Wales as well who were on top of the Six Nations table after the Italian game so there’s three world-class teams there all in the same group. but you really couldn’t say which one is the best at the moment.”

“That’s even without factoring Fiji into the mix who’ve just won the Pacific Nations Cup that Wales will know not to take very lightly who will make things very difficult for all three sides, so when people say it’s a ‘group of death’ it really is and its almost unfair in a sense because in any other year Wales, England, and Australia would be good enough to get through and go to the quarter-finals but that’s not how its going to work out for one of those sides unfortunately.”

Giving his thoughts on the strengths and weaknesses apparent in the 31-man squad Warren Gatland named last week, Williams stated his belief that Wales have found a good balance between youth and experience but highlighted the centres as one area for concern.

“I think Tighthead was an issue but they seem to have addressed that with Tomas Francis and the fact they have Samson Lee back in the squad so that area should no longer be a concern for Wales especially as the scrum was far stronger on Saturday [against Ireland].”

“Looking at the centres, I know they’ve gone for Cory Allen rather than Tyler Morgan so it’ll be interesting to see how Allen goes on because he hasn’t been involved with any of the warmup games so which could make that position a bit of a concern especially with Allen having to step up and fill in for Jonathan Davies.”

“Overall though I think they have a squad the coaches are really happy with now hence the reason they got rid of Mike Phillips, James Hook, and Richard Hibbard who everyone thought would be shoe-ins to make the team. Being able to drop three such high-profile players obviously suggests they seem comfortable with the squad at the moment with the experience they’ve got alongside a good crop of youngsters coming through.”

Queried further on the loss of Jonathan Davies (now with Leigh Halfpenny and Rhys Webb joining that list)  for the World Cup, Williams was understandably disappointed with the loss of his fellow countrymen from this year’s tournament.

“I think [losing Davies to injury] is a big blow. Jonathan Davies and Jamie Roberts have been playing together for a long time now and it’s a combination that’s been very successful for Wales.”

“But unfortunately that’s just the nature of rugby; it happens with all internationals and to other countries as well but I think Scott Williams has been playing exceptionally well for Scarlets and has definitely played well whenever called upon for Wales so hopefully he’ll be able to step into the void Davies leaves behind him.”

“But I do think the cover in the centres might now be a bit light and it could end up being a concern especially if more injuries hit and Wales go further into the tournament.”

Finally, Williams reveals that Australia, in his opinion, have the strongest and most exciting backline of all countries competing in this year’s World Cup

“I think when you look at it Australia have the strongest [backline] with the likes of [Matt] Giteau, Adam Ashley-Cooper, Quade Cooper of course, and [Israel] Folau.”

“Folau for me is a truly exceptional player and has played exceptionally well for Australia for some years and he’ll certainly be the player to watch.”

“Also looking at the back-three for Wales, they’ve played together for some time now and are capable of scoring tries from anywhere; I think Cuthbert and North’s records show that.”

“So Wales can definitely compete in that area but I think Australia’s backline at the moment is just superb.”