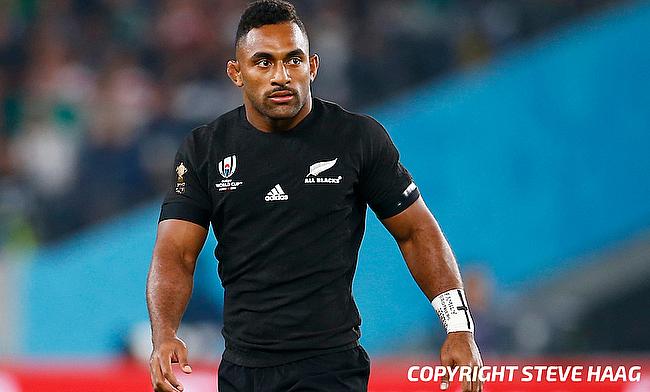 Sevu Reece scored a hat-trick as New Zealand completed their July internationals with a 60-13 win over Fiji at FMG Stadium Waikato on Saturday.

This is New Zealand's second successive win over Fiji in two games after beating them 57-23 at Forsyth Barr Stadium last weekend.

With New Zealand penalised for an offside, Ben Volavola kicked a three-pointer in the fifth minute to start the proceedings. Nevertheless, the All Blacks responded immediately with David Havili speeding past a couple of Fiji defenders to offload to Reece for his first try in the 15th minute and Richie Mo'unga kicked the conversion to make it 7-3.

A second penalty from Volavola in the 18th minute helped Fiji narrow down the gap to one point but Ian Foster's men were the dominant heading into the first half with Richie Mo'unga kicking a three-pointer in the 29th minute after the visitors were penalised for repeated infringements.

Reece went on to score his second try when he dived in the corner in the 31st minute and he went on to complete his hat-trick in the 36th minute after he grabbed a long pass from Mo’unga to dot down. New Zealand went on to score their fourth try before the break with Ardie Savea powering his way over and with Mo'unga improving it as they completed the opening half with a 29-6 lead.

The start of the second half saw Will Jordan and Peni Ravai exchange tries as the scoreline became 36-13. The 51st minute saw Mo’unga setting up Reiko Ioane over the line extending their lead to 41-13.

Samisoni Taukei'aho, who replaced Dane Coles as a late change before the game as he touched down at the back of a line out with his first try in the 59th minute. The All Blacks ensured there was no chance of a Fiji comeback with further tries from replacements Frizell and Taukei'aho to complete a 60-13 win.