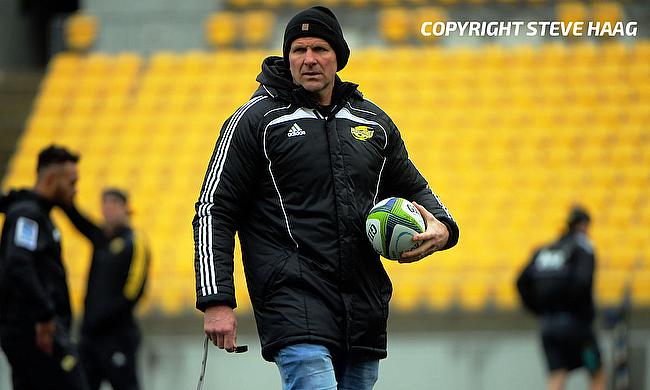 New Zealand assistant coach John Plumtree believes a stiff challenge awaits them in Hamilton when they face Fiji on Saturday.

The All Blacks started their summer series campaign with a dominating 102-0 win over Tonga but were tested by Fiji in the first Test between the two sides in Dunedin.

Riding on a try from Albert Tuisue and a double penalty from Ben Volavola, Fiji managed to keep New Zealand's lead to 21-11 in the opening half before Ian Foster's men powered by a four-try performance from Dane Coles in the second half went on to complete a 57-23 win.

"If you look at the first game [Tonga], it was a slightly different hit out than the second one [Fiji]. We're pretty sure the third one is going to have more intensity about it," he told https://www.allblacks.com/.

"They've had a game up their sleeve, and so have we.

"We got tested in a few areas, so you'd have to say the last one now is going to have a fair bit more intensity about it as well. We're definitely expecting it to go up a couple of notches"

Plumtree also feels a competitive game against Fiji will help New Zealand test themselves ahead of the Rugby Championship tournament which kicks-off next month.

"You could see their forwards worked hard in that match. They tested us in some areas, which was good for us. You could see a lot of them come from European clubs where they're well-coached and well-drilled.

"There were some pretty sore bodies. The boys knew they were in a Test match.

"It's the perfect preparation, that's exactly what we want. We're expecting a really tough Test".