Sevens Heaven - So Tell The Men In Blazers! 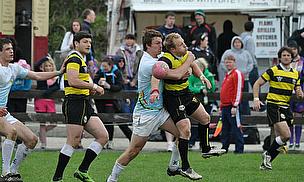 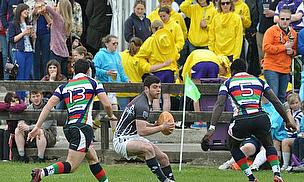 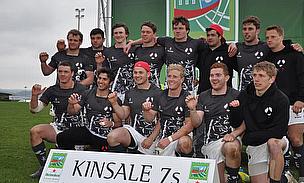 The Heineken tents were bursting with drinkers as the debate about Ireland's self-imposed exile from men's international sevens got louder by the pint.

There, as the short-sided game celebrated 25 wonderful years in Kinsale, the incredulity level was lifting the canvas flaps.

How could a version of the sport so treasured in this rugby-loving nation be abandoned on the international stage purely for reasons of cost?

The consensus, it seemed, was the IRFU had made a colossal error of judgement as the world prepares for the introduction of rugby sevens into the Olympics at Rio 2016.

While Ireland's women now compete at World Cup Sevens level, the nation's men no longer have a national squad and must be content with club events like Kinsale.

Not that there’s anything wrong with Ireland’s most popular sevens tournament. Far from it.
The 25th anniversary competition was as colourful, as competitive, as convivial and as crazy as only Kinsale can be.

But for the 10,000-plus who played or partied – or in many cases both – in this picturesque fishing resort in County Cork, the national game's men in blazers were clearly missing a trick.

Sevens has a magic all of its own. At festival level it is red meat in pink kit, finely-tuned athletes in Smurf costumes, internationals warming up next to beer-bellied jolly boys in tuxedo tops, luscious ladies in lemon lycra and, of course, the ubiquitous streaker in nothing at all.

In 2012 the bare-buttocked cabaret was provided by a bloke in a rooster-headed Borat mankini doing one-armed press-ups on the centre spot. This year, to mark Kinsale’s silver anniversary, the Garda made a guest appearance and nabbed the latest contender for the Cold Chip of the Year award as he finished his lap of dishonour.

The decision to frogmarch him off while covering his embarrassment with a cap was not a popular one with the huge final day crowd. It’s fair to say though the exhibitionist would have got clean away had fellow drinkers not hidden his clothes while he was busy entertaining an audience of thousands.

“Caught by the fuzz, eh?” shouted one wag as he was led from the field, sobering up with every humiliating stride.

But that’s Kinsale for you. No preening, no pretence, just rugby in the raw. And that’s why thousands of us make the annual pilgrimage to the south-east corner of Ireland to watch elite stars and pub players side-by-side in the same arena at the end of a long hard season, sharing a passion for sevens rugby which is blossoming worldwide.

The financial drain on the IRFU's bank balance of funding eight representative teams is well-known. It is reported the national body's operating cash flow in 2012/13 was on the wrong side of the bottom line by 4.5m Euros.

But the conversation at Kinsale and, no doubt, most of the nine other club sevens tournaments in Ireland this year was: Why pay for an A-team at the expense of sevens when it currently plays only one friendly a season?

Wales, someone leaning on the bar pointed out, abandoned their A-team long ago with the funds helping to pay for a squad in the HSBC Sevens World Series alongside England, Scotland and France. And the development of their senior 15s team has not been harmed - on the contrary as the British and Irish Lions squad illustrated this year.

Sevens rugby is now huge at international level. What was something of a sideshow five years ago is now big business, thanks to the decision in October 2009 to include it in the 2016 Olympics.

The Sevens World Cup in Moscow in June saw Georgia, Hong Kong and the Philippines join in. Even Tunisia gave it a go.

But Ireland, who had contested all five previous World Cups - finishing third in 1993 - were nowhere to be seen, much to the dismay of thousands of Irish fans and the wider rugby family as well.

Come October, 15 of the top rugby-playing nations will be contesting the World Series which kicks off in Australia and then tours the globe via Dubai, South Africa, USA, New Zealand, Japan, Hong Kong, finishing up in Scotland and then England in May. It could have been 16 but Ireland, discouraged by suggested figures of around 1m Euros to run a squad in this magnificent showpiece for sevens rugby, opt not to join in.

Now Italy have taken the decision to implement a sevens programme it won’t be long before they too join the party, leaving Ireland as the only one of the nations in the IRB top 17 without an international side.

If that is still the case when we all reconvene at Kinsale next spring you can bet the beer tent throng will be even louder with their condemnation of the men who run Ireland’s national game.