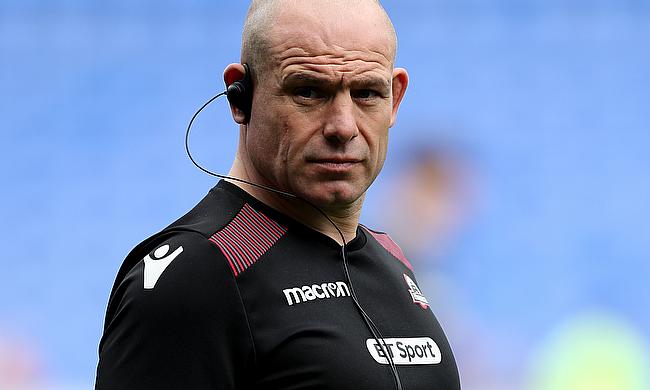 Scotland international Nick Haining has extended his stay at Edinburgh after signing a new deal with the Pro14 club.

Haining has been part of the Murrayfield based club since the start of the 2019/20 season and has made 19 appearances for the club since then. His performances also saw him make his debut for Scotland last year and has played five Tests since then.

Born in Australia, the 30-year-old made his professional rugby debut for Western Force in 2013 and also had played for Jersey Reds and Bristol Bears before joining Edinburgh.

“I’m really excited and proud to extend my contract at Edinburgh Rugby," he told the official website of the club,"

“Moving to Edinburgh was always going to be challenging in terms of getting a spot in the team with so many talented individuals in the back-row. It’s really pushed me and helped me continually develop my game and constantly improve.

“It’s fiercely competitive and that level of competition really keeps you on your toes. Having that competitive edge in training is hugely beneficial and helps us put our best performance out on the pitch.”

Edinburgh head coach Richard Cockerill is delighted with Haining committing his immediate future with the club.

“We’re delighted Nick has agreed to extend his time with the club.

“He’s had an unfortunate spell with injuries this season, but he’s shown previously, and since his return, the type of dynamism we’ve come to expect of him.

“We have a real depth of quality across our back-row. The competition for places is intense all season long and I believe it’s bringing the best out of our players. Nick continues to be a big part of that.”

Edinburgh are positioned fifth in the Conference B table of Pro14 with four victories from 11 matches.