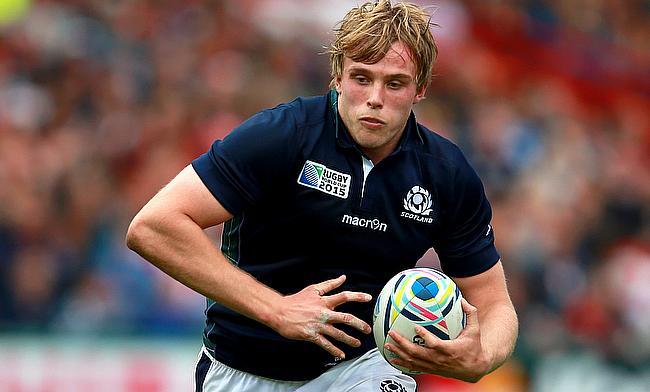 Scotland international Jonny Gray is set to make his debut in the Premiership next season after he was signed by Exeter Chiefs.

Gray started his professional rugby career with Glasgow Warriors in 2012 and has amassed over 100 appearances for the Scottish club since then. Gray also co-captained the Scotstoun outfit at the age of 21 before head coach Dave Rennie reverted back to single-captain system with Ryan Wilson handed the reins.

“For obvious reasons, I am really pleased,” said Baxter to the official website of the club.

“As always, we look to strengthen the playing group whenever we can with the right people; in the right positions; with the right qualities, right age range; and Jonny ticks a lot of boxes for us.

"A bit like Stuart Hogg last year, he’s another we would have liked to have signed in his last contract cycle, but we came up a little short then.

“A bit like Stuart, he chose to stay at Glasgow, but when he became available this time round, we spoke again and fortunately this time he said he would like to come to us, which is fantastic news for us.”

Gray made his debut for Scotland in 2013 against South Africa at BT Murrayfield Stadium and has represented the Dark Blues in 55 Tests scoring four tries with his most recent appearance coming during the World Cup in Japan.

The 25-year-old will link up with his Scottish team-mates Stuart Hogg and Sam Skinner at Sandy Park.

“I guess the stat that stands out with Jonny – and everyone will be aware of it – is what a good tackler he is,” added Baxter. “He makes an awful lot of tackles, very few missed tackles, and he works extremely hard in all areas of his game.

“When you track a player for three or four years, like we have with Jonny, you tend to see a lot of them. Even when I can’t sign someone initially, I will still keep an eye on them and just see how things develop," added Baxter.

"In Jonny’s case, I’m more than confident he’s the right kind of player for us and he’s one of those guys that will give us that ability to be even better in both the Premiership and Europe over an extended period.

“As I often say, you have got to keep fighting and finding ways of becoming a better side, on and off the field, and Jonny is one of those signings that will help us do that.”