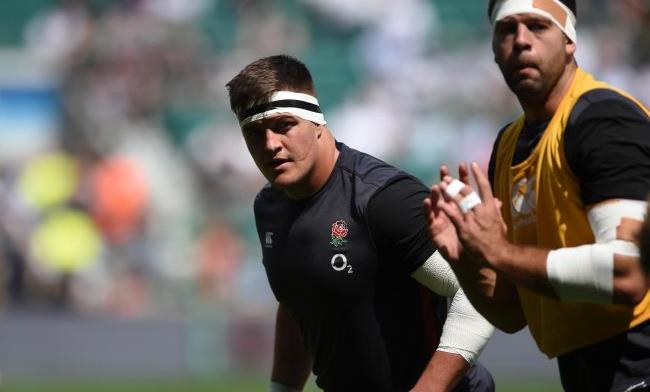 Ahead of the Gallagher Premiership season, Worcester Warriors' Nick Schonert spoke to Ali Stokes about relishing the chance to develop his game under new Head Coach Rory Duncan and Attack/Backs coach Neil Doak.

Having spent the summer decompressing and prepping himself both physically and mentally for another long-spun Premiership season Schonert, 26, is ready to embrace the faith Neil Doak has impressed on Worcester’s ‘heavy men’.

In addition to a newfound degree of attention to detail in every aspect of the game, Rory Duncan and Doak are currently toiling towards upskilling the Warriors tight-five, something Gloucester’s South African Head Coach Johan Ackermann exercised to great effect last season.

“They are having a lot more faith in the heavies with the ball, giving us licence to play,” Schonert revealed.

“Everyone is expected to have the skill set close enough to a 10 or a 15. Everyone has to catch and pass and know how to attack. Doak has brought in a mindset that says 'we're here to play and we all have to be able to play'."

After concluding the 2017/18 season with a bench appearance for England against the Barbarians, in which Eddie Jones’ men were dealt a concerning 63-45 loss, the South African-born tighthead has his eyes set on building towards another successful season with the Warriors that may propel him up the England pecking order.

Schonert may have been constrained to an 18-minute cameo in what turned out to be a record-breaking defeat for the national side, but he remains positive towards his England inclusion.

"We came against a really good side. That game was about challenging yourself and we had a serious challenge. I was just really happy to be amongst such great players.

"I missed out on the Argentina tour with a ruptured hand tendon. I pulled out last minute but I was lucky enough to be kept in the loop.”

When asked what areas of growth stand betwixt himself and a first full England cap, Schonert spoke of the fierce competition between himself and England regulars.

"In this league, the margins are so fine, you're talking about one per cent. Obviously, you have to be a decent scrummager as a tighthead, that's your bread and butter.

“You have to be able to defend well, some tightheads like Kyle Sinckler and Harry Williams are good ball players, then you get your Dan Cole's that are really good over the ball.

“I enjoy defence, I really enjoy making tackles, but you can't look at that and say you're happy with it. For example, if you don't like ball carrying you have to learn to ball carry. If he [gestures at an imaginary rival] can carry well, you have to as well. You have to keep improving your strengths as well as your weaknesses."