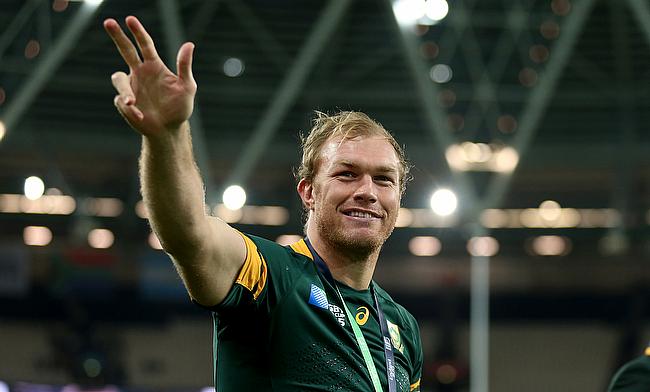 Former South Africa back-row Schalk Burger has urged the Springboks to participate in the Six Nations tournament instead of the Rugby Championship.

The last time South Africa won a Rugby Championship tournament was in 2009 and overall has clinched the Championship just thrice since its inception in 1996.

The 35-year-old, who is currently plying his trade with English Premiership club Saracens also believes the South African based clubs will be benefitted if they switch from SANZAAR based Super Rugby tournament to European Pro 14 competition.

The Super Rugby games scheduled in Australia and New Zealand are broadcasted at early hours in South Africa while the European competitions are more or less on the same time frame as the rainbow nation.

With Cheetahs and Kings already joining Pro 14, reports are emerging that Durban outfit Sharks are also considering the same and Burger believes the move to the Northern Hemisphere will only give them a better exposure.

"International rugby is still a money-spinner, but I think it’s ready for a change-up and if you had South Africa linking up with the northern hemisphere, it would make the Six Nations and other competitions even better.

"I’m just a rugby player but I’ve been thinking about it a lot and within South Africa a few attitudes have to change.

"Something has to change in South Africa," added Burger. "We don’t know how the future of SANZAAR [Southern Hemisphere rugby federation] is going to look but it’s got to make more sense for South African teams to play up north.

"Argentina, USA and Canada should join forces to develop a competition there and then New Zealand, Australia, Japan and the Polynesian Islands can develop a high-class competition of their own," Burger said.

“I know it’s tricky because South Africa is traditionally linked with SANZAAR, but when I started out Super 12 was the best competition ever - short, intense and with the best players. Now, however, we’ve lost our magic.”

The first round of the Rugby Championship 2018 tournament will kick-off on 18th August with Australia taking on New Zealand followed by South Africa hosting Argentina.