Scarlets battle back to sink Exiles 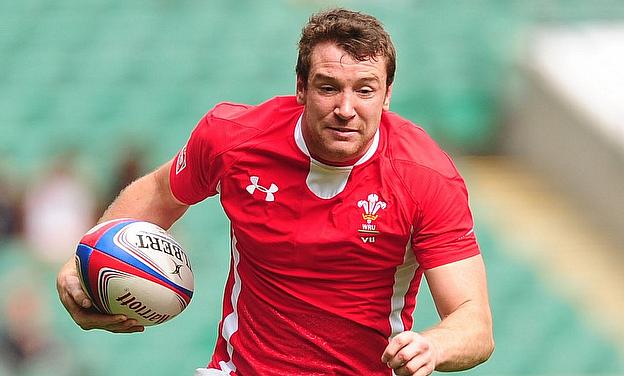 Scarlets broke their LV= Cup duck by coming from behind to beat London Irish 27-18 at Parc y Scarlets.

After defeats to Cardiff and Northampton, this was a morale-boosting victory - especially as they bounced back from being 13-6 behind and down to 13 men at half-time.

Scarlets welcomed back captain Ken Owens for his first game since he was sidelined with a neck injury in September.

Owens was not included in Warren Gatland's 33-man Wales squad for the RBS 6 Nations, but he could still figure in the tournament if he puts a run of games together.

Scarlets made a positive enough start as Shingler, who spent two seasons at London Irish, kicked the home side into an early 6-0 with penalties on three and 20 minutes.

But for the rest of the half a positive Exiles outfit put together some very impressive rugby, which culminated in Fenby going over by the posts for the opening try on 22 minutes.

Irish extended their lead with a Dorrian penalty three minutes later as Scarlets found themselves on the back foot.

And, after a series of penalties conceded in their own 22, English referee Craig Maxwell lost his patience and yellow-carded two players in the space of a minute.

First Owens went to the bin for collapsing a maul and then Shingler was sent to the sidelines for a deliberate knock-on.

But, instead of going for a second try against 13 men, Irish skipper Nic Rouse made the very safe decision to kick the resulting penalty from Shingler's knock-on. Dorrian put the kick over to give the visitors a 13-6 lead at the break.

Down to 13 men, the Scarlets were awarded a penalty straight after the restart but Frazier Climo missed his kick.

But back to a full 15, the Scarlets began to impose themselves scoring two tries in the space of six minutes.

First Robinson went over the line before a fine break by scrum-half Rhodri Williams was finished off by Warren. Both tries were converted by Shingler as Llanelli led 20-13 on the hour mark.

Scarlets' remarkable comeback continued when Evans made the most of a defensive mix-up to pounce on a loose ball to score their third try on 68 minutes. Shingler converted with the home side extending their lead to 27-13.

Six minutes from time, replacement Brophy-Clews went over, but Dorrian missed the conversion.