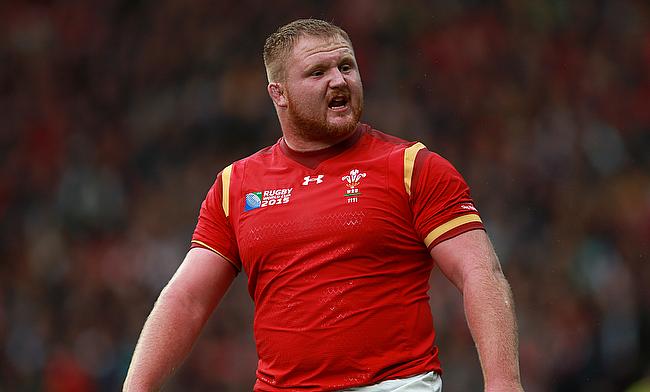 Wales internationals Samson Lee and Rhys Patchell are set to miss the upcoming autumn international Test against Australia at Principality Stadium on Saturday after they failed to make sufficient progress from their respective injuries.

Lee last played for Wales during Six Nations clash against France earlier this year and has been sidelined by a hamstring injury while Patchell has not recovered from a concussion that he sustained in October.

Meanwhile, Ellis Jenkins has been declared fit after recovering from a shoulder injury. He last played for Warren Gatland's side during the summer series against Argentina.

"Ellis is looking favourable for selection, I am not sure about the other two, they probably need a bit more time," said defence coach Shaun Edwards.

Dillon Lewis, who started the game against Scotland will have to battle for Lee's place alongside Tomas Francis.

"I was incredibly impressed with Dillon Lewis," said Edwards.

"Samson is a very strong scrummager but we have Tomas Francis and we are strong in that tight-head position at moment."

Northampton fly-half Dan Biggar is set to be available for the game against Australia after missing the encounter against Scotland and Edwards believes it will be a tough decision to decide on the number 10 slot after Gareth Anscombe's performance last weekend.

"We have got a wealth of riches in that position," said Edwards.

"I know it is the glamour position in Wales. There is a big decision and we will weigh that up over the next 48 hours."

Following the game against Australia on Saturday, Wales will face Tonga and South Africa in the remainder of the autumn international campaign on 17th and 24th November respectively with Principality Stadium being the venue.