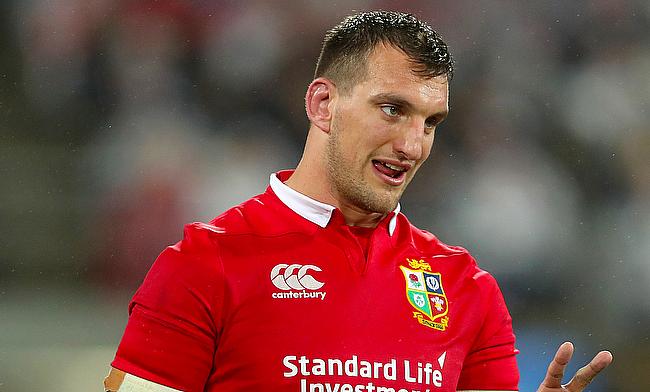 British and Irish Lions captain Sam Warburton has announced his retirement from professional rugby bringing an end to a 12-year glittering career.

The 29-year-old last played during the spectacular draw against New Zealand when he represented British and Irish Lions in Auckland and has been recovering from neck and knee surgery.

Even though he returned back to training for his club Cardiff Blues, he was unable to get into the groove and eventually decided to quit the game.

"My body is unable to give me back what I had hoped for on my return to training," said Warburton.

"Unfortunately, after a long period of rest and rehabilitation the decision to retire from rugby has been made with my health and wellbeing as a priority."

Wales and Lions head coach Warren Gatland expressed disappointment on the news but paid tribute to Warburton and his contribution to the game.

"He is an outstanding rugby player and he has brought so much to the game on and off the pitch.

"His leadership, attitude and demeanour along with his performances have placed Sam up there as one of the best and most respected players in the world.

"He finishes with a record that he should be extremely proud of and should look back on his career with huge pride."

"I would put Sam in the group of the top two or three captains that have led the Lions.

"There was an edge to his game; he was a real Test match animal. You would want to go on the field and play for him.

"He's up there with Johnson, Willie John McBride and Paul O'Connell."

BREAKING: @samwarburton_ has announced his retirement from the game. He led Wales for a record 49 times in his 74 appearances.
#ThanksWarby pic.twitter.com/BOCahUsJ6O

Warburton made his professional rugby debut with Welsh club Glamorgan Wanderers RFC in 2006 and switched to Cardiff Blues in 2009 and a year later he was part of the side that won the European Challenge Cup.

Having captained Wales U18, U19 and U20 sides, Warburton made his Wales senior debut in June 2009 and two years later he went on to captain the side and also led them into the Rugby World Cup later that year.

Warburton also captained the Lions in the 2013 and 2017 tour of Australia and New Zealand respectively with Gatland's side registering 2-1 and 1-1 scoreline in the two series.

Best wishes from everyone at @premrugby to @samwarburton_ who has announced his retirement from rugby today. Good luck in your next chapter, Sam pic.twitter.com/Kpj8XpvBL6

"I cannot thank the Welsh Rugby Union and Cardiff Blues enough, who have gone beyond the call of duty, in providing the support I received to help me get back on the field, for which I will be forever grateful.

"Since I first played aged 10 at Llanishen Fach Primary School, then Whitchurch High School and Rhiwbina Juniors RFC, I always dreamed of playing for my hometown club the Cardiff Blues, Wales and the British and Irish Lions.

"To look back on my career, I'm extremely proud of what I managed to achieve.

"There are so many people who helped me along the way from schoolteachers, coaches, friends and family.

"I thank you so much for supporting my dreams and aspirations. I hope they too can take some pride from my career.

"I would like to make special mention of Warren Gatland. Without the faith he had in me and his unwavering support I would never have had the career I was able to pursue."

Thank you for all the memories @samwarburton_ ??