Darren Lamon: "We see this opportunity as completing the Sharks family" 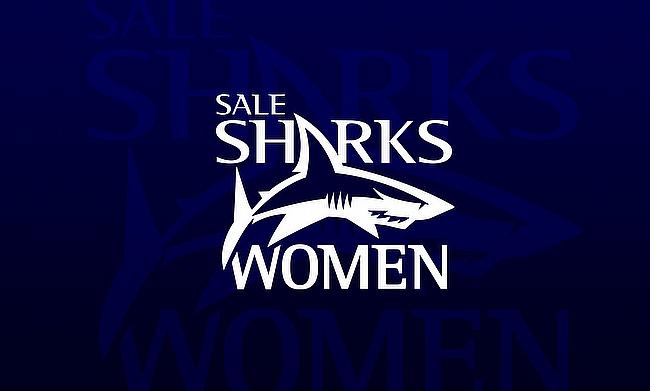 Sale Sharks were passionate about growing the women’s game long before the club announced they would have an elite team competing in the Tyrrells Premier 15s.

The introduction of Sale 1861 almost two years ago was a priority of Michelle Orange (wife of Sale Sharks co-owner Simon) in order to develop women’s rugby in the North-West and since then, the relationship between the club, Sale FC and 1861 has blossomed.

Whilst 1861 will continue their excellent work next season, the birth of Sale Sharks Women is seen as the next piece of the jigsaw. “Full credit to 1861, they have probably gone above and beyond expectations of where they are,” says new Sale Sharks Women’s head coach Darren Lamon. “There are some great people involved and the team can continue to promote the women’s game so to now have Sale Sharks Women too, we see this opportunity as completing the Sharks family.”

Sale, alongside Exeter Chiefs, have been awarded a place in the Tyrrells Premier 15s until the 2022-23 campaign, with the clubs replacing Richmond and Firwood Waterloo. Both Sale and Exeter are the latest women’s teams to be allied to men’s Premiership sides and seemingly, that’s the direction the league is going in. “Having the resources, support from first team staff, the facilities and the academy and all departments is massive for us,” adds Lamon. “The buy in from the club has been massive."

Sale’s efforts to launch a high-performing women’s side is something which Lamon has been keen to see for a while. “There has been some fantastic work by some teams,” he says. “Full credit to the [Firwood] Waterloo’s of this world who have done some excellent work, but I will be honest, it was a real bug bear of mine that North-West athletes had to seek other opportunities outside the region so hopefully that will change now over the next few years. Now Sale have a performance side competing in the Tyrrells Premiership, I think it’s a real pathway.”

Excited for the new challenge.

Time to put the foot down on accelerating the development of Women’s & Girls rugby in the North West. #GrassrootsToSharksBoots

Lamon is no stranger to the women’s game and developing teams. His roles as Rugby Development Manager and Academy Coach Development Officer under the Sharks umbrella stand out whilst his work with North of England Women and Malta Women’s 7s are further strings to his bow.

“It was a massive team effort and I am glad to take the role on,” says Lamon. “A major part of it was about what the Sharks are doing and where they are going.

“They are not just saying things, they are doing it. The women’s game is not full-time as of yet, but that doesn’t mean we can act like it isn’t so the opportunity to work ‘full-time’ in performance rugby, developing the athletes and constantly thinking further ahead, stood out for me and the job was too good to turn down.”

Lamon is still finalising his coaching staff for next season, but last week, the club made a significant statement by announcing the signing of England international Katy Daley-Mclean as a player/coach. If anyone needed any proof of Sale Sharks’ aims, recruiting a World Cup winning captain is something to take note of.

Whilst plans to add further members of staff - as well as players - to the squad is an ongoing process, McLean will be stepping into a club with high ambitions. The fact Sharks Director of Rugby Steve Diamond has given his full support to the women’s programme speaks volumes and for Sale Sharks Women, working alongside an evolving men’s team can only benefit them moving forward.

“The men’s side have shown a growth in all areas in terms of environment, culture, playing and coaching staff,” Lamon explains. “That will be a major driving force for us. I am going to be as honest and transparent as I can and the club are too. Steve Diamond is backing this 100 per cent along with the owners.

“We will mirror the first team in terms of resources, environment, culture and probably performance objectives as well. We see it as a great opportunity not only to grow the game, but to grow the fan base as well as the opportunities for all female players.”

“What really struck for me is what Steve Diamond [@SaleSharksRugby Director of Rugby] said about driving elite performance and when you have got the boss saying that, it does go along way and it doesn’t disappear either.” @RachaelBurf12 https://t.co/lEsVGgHYsY

In the current climate of women’s rugby, Sale have every right to set their bar high with the club committing £1m over the next three years to support the team.

Since the RFU announced the introduction of full-time professional contracts for England players, the Red Roses have kick-started a new era for the women’s game and their success over the last 16 months has only driven standards in the Tyrrells Premier 15s. For Sale, they are now part of the pathway between developing players and adding quality to a thriving England team, who have their sights set on the World Cup in New Zealand next year.

From a club perspective, Sale Sharks Women know they can shape their own identity and build up a profile in the North-West. They now have the chance to use their passion for the women’s game to create their own history.

“We know it is going to be hard, but we want to create our own identity. It is new. We want to evolve it and we want to learn from the quality teams already in the league. The challenge is for the players, the squad and the staff and I would go as far as saying the club as well, yes we are just starting out, but I think over the next three years, we can create our own stories.”