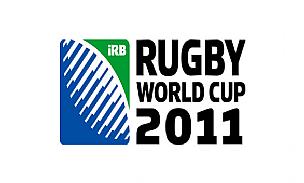 Two months from now the rugby world will be gripped with World cup fever. Already preparations are well under way, both for the organizers and for the nations involved. This is true even for the minnows and World cup newcomers Russia. You may not think of Russia as a rugby playing nation, indeed the national side was only formed 19 years ago as a successor to the disbanded Soviet Union sides. Yet the nation has high aspirations to become a force in global rugby, with rumblings of wanting to be within the top 10 nations within 10 years. I'm sure you'll agree that's quite a statement, but is it wishful thinking or is the dream possible?

Few would argue that the potential is there within Russia. Similar to Georgia, the stereotypical Russian player is a physical, hard-nosed giant who is unafraid to put his body on the line. Many of the players have, or have had, military connections and are used to pushing themselves to the limits. The Russian's will have little problem developing a pack that will be the envy of many nations. However, behind the scrum there are few players who can make a mark at present. However with an increasing profile and player base, 20,000 and counting, it is only a matter of time before Russia starts developing a set of backs that will compliment the grunt of the forwards.

With regards to the rugby infrastructure in Russia, it will be surprising to some that there is a fully professional league in Russia, competed for by 8 sides. Despite the logistical problems of playing sides halfway across the massive country and the obvious threat of bad weather, the league is a success story. Crowds are growing, attracting crowds in excess of 12,000 for local derbies, and the impact of TV rights is not only providing vital money but increasing the awareness of rugby. In light of these factors, there is talk of further expanding the competition due to the increasing demand and player base.

The most successful side in the league is VVA-Podmoskovye, based in Monino close to Moscow. Not only are they successful but ambitious also. Their squad comprises almost entirely of Russian and other Eastern European nation international players. They are currently constructing a purpose built rugby stadium and have ambitions to compete in the Amlin Cup in the near future. This inclusion would be a huge boost for Russian rugby and pave the way for other sides to follow, further raising the profile of rugby.

Yet it is how the national side performs that will ultimately determine whether Russia will become a powerhouse on the international scene. Presently their only competition in the Nations Cup, or the second tier of the Six Nations as some call it. The competition is a great competition for the second tier of European nations, but it will never provide the level of competition needed to develop the sides involved. For the previous two years Russia has competed in the Churchill Cup gaining vital experience against higher ranked sides. With the end of the Chruchill Cup it is worrying that sides like Russia will no longer have an outlet to develop their game. Thanks to persistent lobbying by the Rugby Union of Russia Russia's presence in autumn internationals is set to increase, although which nations will make the trip to Moscow is another matter.

The immediate aim is of course a good showing at the World Cup. Despite a disappointing Churchill Cup campaign, Russia can still aim to cause an upset in their World cup debut. Games against Italy, Ireland and Australia will be a step too far at present, but a win against the United States will be targeted, especially having only lost by 7 points against the Eagles in the Churchill Cup last month.

A good showing at the World Cup is vital is Russia are serious about becoming a top rugby nation. Without this higher placed nations are unlikely to want to face the Russians and getting a club side into European Club competition will be an uphill struggle. It may take longer than 10 years, but I personally can see Russia breaking into higher realms if international rugby within the next few decades.