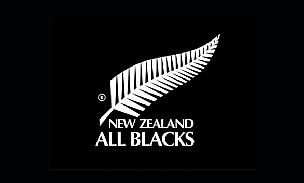 The New Zealand All Blacks were to have paid Japan the ultimate complement by naming a close to full strength side for their Friday night match in Hamilton, but late withdrawals by experienced players like Daniel Carter, Richie McCaw and Mils Muliaina means that the team isn't at full strength. Israel Dagg is also injured and you wonder if they were playing France on Friday, if these guys would be playing?  There is no point risking them  in a game the All Blacks should win easily and they are being wrapped in cotton wool to play France next week. Carter has been replaced by Colin Slade, while Jimmy Cowan comes onto the bench. Victor Vito comes in at Number Eight with Adam Thomson starting in McCaw's spot on the flank  Isaia Toeava comes in at fullback for Mils Muliaina who loses his chance to impress the selectors.  These injuries could be for the best as they give Colin Slade, Isaia Toeava and Adam Thomson a chance to get the monkeys off their backs following recent indifferent performances for the All Blacks.

The All Blacks selectors have given Mils Muliaina a chance to prove he is better than the exciting Israel Dagg at fullback and captain Richie McCaw earns his 100th cap. This team pays Japan the ultimate complement but looking like a full strength side with only Kieran Read, Jimmy Cowan and potentially Israel Dagg missing from a top lineup that would start both next week against France and in the Quarter Finals.

Andy Ellis could be getting his last run of the tournament at halfback, so don't read too much into that.  Conrad Smith renews his partnership with Ma'a Nonu as the top midfield combination, while a strong performance against Tonga has shown us that Richard Kahui is now a first choice winger and he gets a start on the left wing.  Muliaina is feeling the pressure after another great performance by Israel Dagg against Tonga.

In the forwards the All Blacks have probably gone for their best lineup for this match, although the most under pressure will be Number Eight Adam Thomson who returns from injury. With Kieran Read out injured Adam Thomson has the chance to push for a Number Eight starting spot in a head to head race with the more bulky Victor Vito.

It will be good for this team to have a run together before they play France. It is hard to know what you can read into these selections. I think Zac Guildford is on the scrapheap now. I wonder if the selectors initially brought Kahui as a winger or it has just worked out that way? I think he is a great option. Are they just giving the quicker pass of Andy Ellis some game time for fitness? I think Cowan will be great against the bulkier teams like South Africa and England, but Ellis and Weepu could be options against Australia.

Japan have played their cards with the announcement of a largely changed team from the side who lost 47-21 to France in their opening match.  New Zealand coach John Kirwan has shown that his teams' priorities lie in later matches by making ten changes leaving a B side to tackle the All Blacks.

This Japan team still includes a few New Zealand born players like Michael Leitch and first five Murray Williams, but they are resting their former Super Rugby players like Ryan Nicholas and James Arlidge for this match.

Will the All Blacks be able to beat their 145-17 result from 1995?  I think that despite not having their top players, Japan has more depth these days and expect this near full strength All Blacks side to be the first team to crack the fifty points, but they shouldn't crack the ton given the nature of the tournament so far!