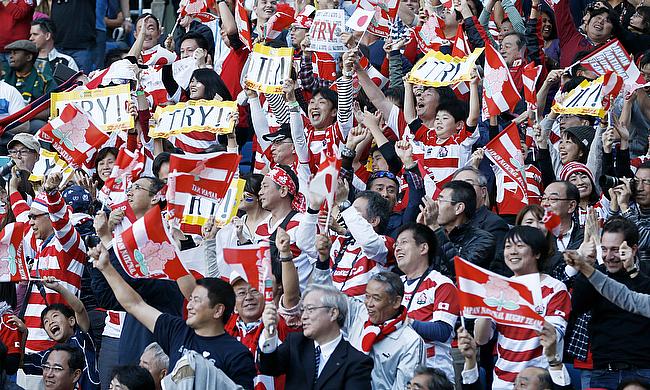 Over 38,000 applications have been received for volunteer program in the 2019 World Cup in Japan
©PA

Japan Rugby has confirmed that they have received over 38,000 applications for the volunteer program for the upcoming edition of the World Cup next year.

This will be the first time Japan will be hosting a rugby World Cup with the tournament scheduled to be played between 20th September and 2nd November across 12 cities including Chofu, Yokohama, Fukuroi, Higashiosaka, Fukuoka, Toyota, Sapporo, Oita, Kumamoto, Kobe, Kumagaya and Kamaishi.

"Over 38,000 people across Japan applied for the 10,000 available volunteer positions, with each of the 12 host cities exceeding their targeted number of applications," the local organizing committee said in a press release.

"This represents a record as the largest number of volunteer applications and the largest volunteer workforce for any Rugby World Cup."

CEO of the Rugby World Cup 2019 Organizing Committee Akira Shimazu said the response reflects the excitement in the country in hosting the showpiece event.

"We are absolutely delighted with the incredible response to our Volunteer Program 'Team No-Side,'" he said.

"Having received nearly four times the number of applications compared to the number of positions available is a fantastic achievement."

World Rugby Chairman Bill Beaumont is pleased with the response and is confident that the 2019 World Cup will be a successful outing.

"Volunteers are the beating heart of Rugby World Cup and this incredible demand to be a Japan 2019 volunteer from people the length and breadth of the nation demonstrates the passion not just to be a part of the tournament, but to proudly showcase the very best of Japanese culture and hospitality."

"This demand, coupled with significant ticketing demand reinforces our belief that Rugby World Cup 2019 will be a very special event on and off the field."

TRU Talks: Hadleigh Parkes on Wales and life in Japan