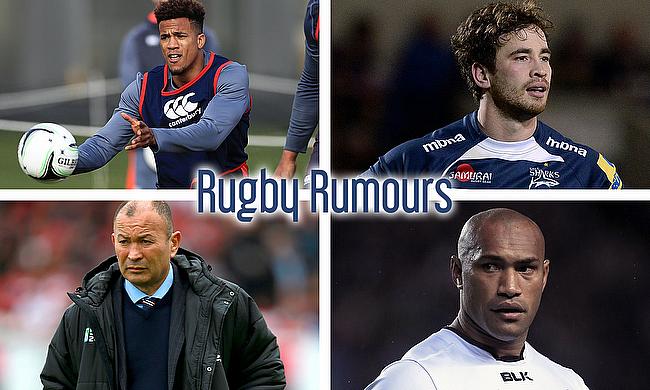 The British and Irish Lion, England and Bath winger, Anthony Watson, is said to be on his way out of Bath after almost a decade with the club.

He has had a huge amount of attention from a variety of Premiership clubs, but Leicester Tigers are due to confirm him signing in the very near future.

Danny Cipriani confirmed on social media that he too will be leaving Bath Rugby at the end of the season, but he didn't specify a location.

Their has been interest from France and Japan, but it appears the fly-half will be heading across the pond to the MLR and the Dallas Jackals.

The Fijian senation, Nemani Nadolo, has been a crowd favourite since arriving at Welford Road in 2020, but his stay with the Tigers isn't for long.

With the difference in seasons timings between the Premiership and Super Rugby, Nadolo is reportedly heading for the Waratahs mid 22/23 Prem season.

Eddie Jones has been reported by the French media to have 'been in discussions' with Top 14 side Racing 92 regarding the Head Coach role.

Racing are looking to replace Laurent Travers, but with Jones' contract not finishing until after the RWC2023, they will have to wait another season for his services.