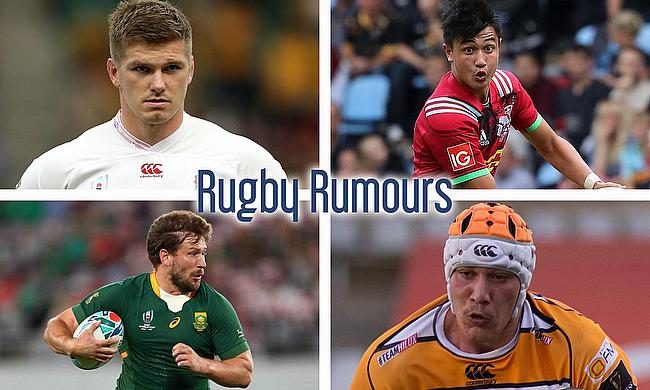 Despite the season not yet kicking off in the Championship, it seems that some of the Saracens' A-listers aren't looking likely to be joining their side in the league below.

Owen Farrell is would obviously be an amazing signing for any team, and who else but the big budget of Top 14 side Toulon to entice him with a reported minimum 2 month loan offer.

Seasoned South African international Francois Steyn is with the Cheetahs, but with his current side excluded from any further participation in the Pro 14 he is looking to move on.

The Bulls looked to have stepped in with an offer for the utillity Springbok, which could be an easy decision when thinking about his future career in the game.

Marcus Smith is attracting attention from both the Gallagher Premiership and the Top 14 over recent weeks with his Harlequins contract ending in the new year.

The 21-year-old could prove very useful for Bath Rugby who are in need of fly-half, but they will be being pushed hard by Lyon who have a departing fly-half issue of their own.

Sale Sharks are no stranger to a South African import, and it seems that they will be adding to the long list with a giant 6ft 10" signing from the Cheetahs.

JP Du Preez is reported to arrive in Manchester in the coming weeks, where he will link up with the Sharks, who are looking to build on their impressive opening Premiership performance.