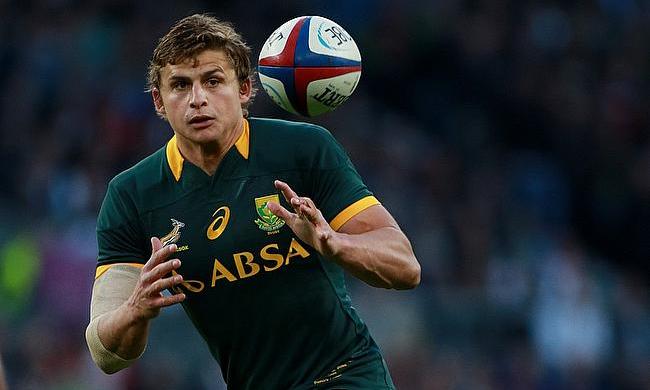 This week, I chatted to Kal Parmar, Consultant in Sports and Exercise Medicine, about concussion in the game, what’s being done and whether the new initiatives have benefitted players.

Parmar holds the positions of Club Doctor, Lead Sports Physician and Governance Advisor at Leicester Tigers as well as being a member of The Institute of Sport, Exercise and Health (ISEH), an organisation whose ‘mission is to be the leading institute of sport, exercise and health in the world, providing excellence in elite sports performance, sports injury prevention and management.’

He explained to me that the ISEH is a ‘variety of institutions bundled together’ and the partnership with the RFU was designed to ‘study and mitigate concussion symptoms in both Premiership and Championship Rugby’.

The institute has a ‘specialist concussion clinic,’ staffed by a multi-disciplinary team and neurologist lead, as well as a rugby specific clinician and physiotherapists with scans and advice available to athletes.

“Recognising symptoms is the main thing,” Parmar explained, while outlining how attitudes towards concussion have ‘completely shifted’. “There is so much more awareness with players reporting and coach and referee awareness is much higher than in the past where there was more of a ‘shake it off’ attitude.’

A reminder of how important it is to #TeamUpSpeakUp

“I had promised myself with previous head injuries I would never do that... And regrettably I did."@PatLambie opened up about why he regrets playing through a #concussion in his last ever #rugby game:https://t.co/81HhcfAl4G

“Short term symptoms are very difficult to diagnose but sleep disturbance, memory problems, headaches and visual or balance problems can all indicate that a player has suffered a concussive episode.”

With instances like Pat Lambie’s recent retirement due to recurring concussion symptoms, Parmar informed me that ‘while the majority recover within a month, it’s so subjective, depends on their past history and recovery times and each subsequent one takes longer to recover from.’

He also wanted to stress that medics have long been aware of the dangers of concussion and that “if there is any doubt, we tend to take them off the field and assess them in the week.”

Parmar also stated that he’d never been under pressure to leave a player on the field and that this was something that he’d never encountered during his time working in rugby, reassuring me that everyone is aligned in taking this issue seriously.

I was curious about whether clubs had modified their training sessions by reducing contact drills in the season but Parmar stated that ‘concussions are very rare in training. “I can’t remember the last incident. Most injuries tend to be soft tissue injuries but there are very few contact related injuries. I can only speak for Leicester and it depends on each coach but injury rates would suggest that they’re training safely.”

According to World Rugby:

‘While injury incidence in elite rugby has not increased since the early 2000s, the shape of the game has evolved significantly. Since 2014, ball in play time in international rugby has increased by 14 per cent, leading to a greater volume of tackles (which account for up to 50 per cent of all injuries) and rucks, while advances in fitness and conditioning and playing styles have increased the speed of the game.’

While injury incidence is not on the rise, Parmar pointed out that “severity has increased, going up in a linear manner.” Concussions are increasing exponentially which is worrying although this is partly due to the shift in taking symptoms much more seriously. Increased reporting affects the rate but there’s also an element of “bigger faster stronger.”’

The RFU partnership with Hawkeye, who have been building for the last numbers of year,  has made an appreciable difference because as Parmar says “there is a spotter at every game who can look at video footage and radio pitch side medics if they feel something needs addressing. It has helped.

“Some other initiatives have been very good; there is a pitchside training course with an emphasis on recognising concussion and the HIA protocol has been refined or gets tweaked every year.”

Parmar believes that the governing bodies have ‘got it right’ with their interventions, focussing on change in the tackle height and modifying technique.

“Rugby is a game that has been around for a long time and it’s important that changes are being monitored, that there are no knee jerk responses and that things are done through proper channels,” said Parmar.

In terms of what could be introduced to make the game safer, Parmar thought that there’s ‘nothing that needs to be done’ beyond what World Rugby are looking at currently.

Evidently, it’s on their mind as even amid all the turmoil currently swirling around the game, there is a dedicated symposium in Paris this weekend that will ‘further evidence-based player welfare considerations in shaping the way that the game is played in the future.’