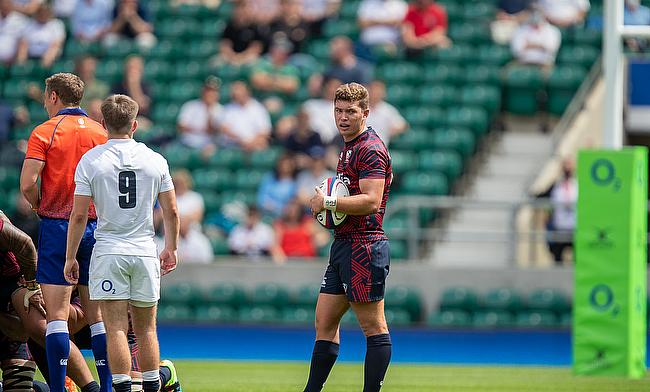 Whilst the name Ruben de Haas hardly screams American, the man who owns that name is certainly flying the flag for the nation.

De Haas was born in South Africa before moving to Arkansas until the age of 18 when the scrum-half went back to the country of his birth to follow in the footsteps of his father and grandfather in representing the Cheetahs.

A High School All-American, he represented his country at the 2016 edition of the World Rugby U20 Trophy competition before playing for the USA Selects and earning his first cap for the senior side in 2018 against Chile in the Americas Rugby Championship as a 19-year-old.

Fast-forward three years and de Hass has played at a Rugby World Cup, as well as in Super Rugby and the Currie Cup. Playing nearly 70 minutes against England last weekend, the 22-year-old came into this block of international fixtures after spending time with the Austin Gilgronis in Major League Rugby.

As the Currie Cup did not start until June, de Haas contacted Sam Harris [Austin's head coach] to see if there was a place for him at BOLD Stadium. Consequently heading to Texas, it is the longest time in several years that he had spent back in the USA since leaving the country as a teenager.

“If you think about it, I was right out of high school, packing my bags and going to a different country,” de Haas told TRU. “My Dad had some friends out there, but I knew no one on the team or anything like that. I had to learn a lot. The rugby was at the next level and going through from the U19 to the U21 and then going into the pro team, it was really good for me.

“I got to meet a bunch of new people and have probably made my best friends in South Africa over the last four years. I am so thankful that I did make the move over there and I really just loved it and enjoyed my time there so much.”

De Haas is clearly well thought of and his international career has in some ways been accelerated by Gary Gold. After the retirement of Shaun Davies – who now focuses on coaching with the Utah Warriors – the number nine shirt is very much his and in February, it was announced that he would be joining Mark McCall’s Saracens.

Heading to St. Albans after this weekend's meeting with Ireland, de Haas will be one of three international scrum-halves plying their trade at the StoneX Stadium. He will undoubtedly benefit hugely from Mark McCall's tutelage and regular interactions with Aled Davies and Owen Farrell.

Impressing at Twickenham as the USA ran in four tries against an inexperienced England last Sunday, the Eagles hardly looked like a side that had been together for just a couple of days and de Haas says that plenty of work was done over Zoom to allow for a quick transition to international rugby.

“When the squad got selected, we were jumping on Zoom calls together and making sure that everyone knew their detail, but we still had to train together,” de Haas said. “There are a few new caps coming into the system, so you need to train together, and everyone needs to be comfortable with each other.

“But, before coming into camp, everyone was making sure that they knew what their role was going into the weekend, so we had Zoom meetings to get all that kind of stuff. It was difficult because we had two days of training together and then you are playing against England.

“I think we had some positive moments, and we came out of the game feeling like we had a really good second half, but there were still moments where we feel as though we could have done better.

“We are still trying to find each other, and the team hasn’t been together and all those things, but there were a lot of positives for us to look at.”

Their quick adjustment to international rugby was made all the more difficult by the loss of AJ MacGinty to injury, who not only has been one of the stars of the most recent Premiership Rugby season but was also due to be captaining the Eagles.

In the Irishman’s place, another man who hails from the emerald isle was drafted in to start at fly-half. This time a year ago, Luke Carty was without a club and planning for life outside of professional rugby, but a move to LA to act as back-up for Matt Giteau has allowed the 23-year-old to rise to international recognition.

“Everyone on the team knows that AJ is a massive loss for us, and he is an amazing player, but you have to have that next man mentality,” de Haas said. “I think Lukey steps up wonderfully and he played a really good game last weekend, so I think he will be really keen for this weekend.

“We hadn’t played together before, so we have been chatting together a lot and getting on the same page, and last weekend he went really well so it will be exciting to see how he goes.”

Last playing Ireland in 2018, de Haas came off the bench in that 57-14 defeat but playing in front of a sell-out crowd early on in his career means the scrum-half still has fond memories of that day. 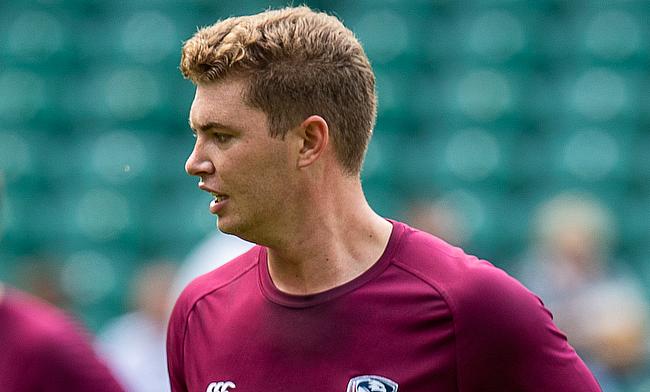 “It was my first time being in front of a big tier-one nation,” de Haas said. “It was very special. I think I only played 15 minutes, but it was still awesome being able to play in front of a big crowd like that and against Ireland is always a big task.

“This weekend, again, it will be challenging. I think we are taking the positives out of last week and we will be ready to go this weekend and are up for the challenge.”

Starting this weekend alongside Carty, Gold has made minimal changes to his Line-up. Marcel Brache is under return to play protocols, meaning that Mike Te’o moves to full-back and Christian Dyer gets a starting berth in the back three alongside Mika Kruse. In the midfield, Bryce Campbell and Calvin Whiting combine once more, the former captaining the side.

In the pack, Joe Taufete’e starts at hooker, David Ainu’u and Paul Mullen maintain their places, as do Gregory Peterson, Nick Civetta, Riekert Hattingh and Cam Dolan. Hanco Germishuys is named in the XV after his try-scoring efforts last weekend.

Despite plenty expecting an Ireland win, de Haas is steadfast in his belief that the Eagles can come away with a positive result on Saturday night.

“Like any other competitor, you want to win,” de Haas said. “If you are not winning, you will never be satisfied. We have that belief in the group that we want to win, so I don’t think you ever as a team go into a game saying, ‘oh, this is a tier-one nation, let’s make it close’, right?

“That’s not the mindset in our camp at all and we have a real, big belief that we can win, but we will see how it goes this weekend and if we do win, that would be amazing, but the entire squad is dialled in, and we know we can win this game on the weekend.”