Roses Rugby as Passionate as Ever 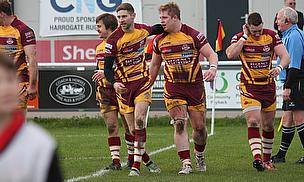 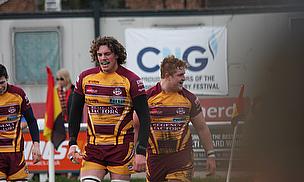 Roses Rugby as Passionate as Ever
©TRU 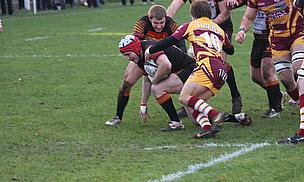 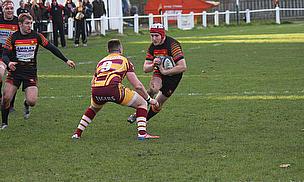 Sedgley Tigers travelled over the Pennines to battle it out in a no holds barred rugby war of the roses. The Manchester side came out eventual 37-28 victors.

Tigers continued their winning streak with a big shift as they battled it with a committed and well drilled Harrogate Rugby. There were plenty of incidents to keep both sets of rugby union fans talking.

The Sedgley match report giving plenty of space about two yellow cards and the 24 minutes rather than 20 minutes that were required. It could have been costly as Sedgley were down to 13 men with Harrogate sensing they could take the game.

Harrogate look to be very professional in their approach and are clearly well coached; these factors have won some plaudits this season. This game demonstrated they are well justified ones as they pushed Sedge hard all the way.

The early exchanges saw penalty kicks go over for both sides.

“The first try came from Johnny Matthews as he seized on great line out work from Louis McGowan, to step past the last couple of tacklers for try number 1” was the Sedgley websites view of the game’s first try from the excellent Matthews.

Harrogate had a game plan and they were not about to let this stop them and immediately started to apply pressure and got back into the Tigers half and gained another penalty.

As Sedgley demonstrated last weekend on home soil they are capable of playing expansive rugby from 1 to 15. With Matt Lamprey looking great on the front foot it was not long before he went on another rampaging run, seeing tacklers bounce off the big number Eight as he went in for the second try between the posts.

Harrogate were straight back to their well executed game plan, building momentum from their own 22 and through several high speed phases of play they created a great angle to go over under the posts.The kick was converted

The Sedgley website couldn’t quite believe the start of the 2nd half, reporting; “The second half started with a blistering opening 10 minutes from the home side as the battered and penned Sedge into their own 22. Amazingly living off scraps Jamie Harrison picked up a loose ball and left everyone standing as he raced home to a full length try. Steve Collins kicked the extras

No one had told the script to Harrogate as once again they hemmed in Sedge denying them any ball. Great hands and vision by the home sides backs saw the second try of the game for Gate. Game very firmly on”


The game was starting to become the proverbial end to end. It was a mistake from the home side that  saw another full length effort this time from a big break out by scrum half Callum McShane offloading to winger Andy Riley to score out wide left for the bonus point try. The TalkingRugbyUnion team were on hand to record this try and others; these will be published later in the week.

The game was continuing to provide the home crowd with plenty to cheer and the Harrogate players were determined to use their pace and angled running to unsettle Sedgley. Determined work from the Sedgley pack seemed to give Sedgley the edge; however just as Sedgley seemed to get on top we saw the first yellow card for Matt Riley; “for lazy and deliberate running as he seemed to have impeded a Harrogate player. Sound fair and correct decision.”

A few minutes later, George Hymes was shown a yellow for alleged foul play. That took the game to 13 man Sedgley versus 15 man Harrogate. The home support became more vocal and their team and threw everything at Tigers as a quick unconverted try changed the dynamics of the game. Sedgley dug deep and Harrogate failed to take advantage; most particularly failing to make Sedge scrummage when down to 13  and a prop in the bin.

To complete the story it is the Sedgley website that best sums the day up: “Tigers though are best in adversity and the true colours of the team were shown when down at 13 they ran in try number 5 via Johnny Lamprey with the extras coming from Steve Collins. Game over.

Another hard road trip but another bonus point win. Harrogate are a very good outfit and this was a very good away day win.

So good performances today from Johnny Bishop, Billy Emerson, Max Ashcroft and Johnny Mathews but for me Louis McGowan was outstanding. His work at the breakdown and on the fringes was excellent. Games are won when players are prepared to do the dirty hard yards, and gritty hang on for dear life defence which sometimes goes unrecognised and un rewarded. Not today, Great effort big man.”