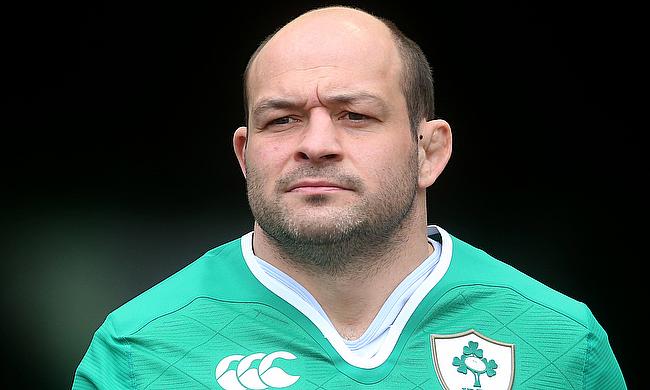 Ireland skipper Rory Best is aiming to make a comeback to Ulster before the end of the ongoing season following his latest injury setback.

Best sustained an ankle injury that forced him off the field in the 16th minute during Ulster's 21-18 Champions Cup semi-final defeat against Leinster at Aviva Stadium. The 36-year-old underwent a scan on Monday that revealed minor damage on his left foot but has ruled out any major concern.

The 5ft 11in hooker, who has played 117 Tests for Ireland is expecting to be out of action for around six weeks and is hoping to join the join Ulster's campaign in the ongoing Pro14 season where they are placed second in Conference B behind Leinster.

"Probably the scan couldn't have been a lot better," said Best. "There's no structural damage, just a few wrenches to some of the ligaments in there.

"So, from that side of things, it's good news. It is still going to be a few weeks. They just like to put the magical figure of six weeks on it.

"It might be less, it might be more, but it's in and around there. I would hope to play some part in the end of season for Ulster, which will be a big goal now.

"Obviously that will depend on the next three games, certainly the next two games for us in terms of play-offs."

Ireland are grouped in Pool A in the 2019 World Cup along with Scotland, Japan, Russia and Samoa and will kick-start their campaign on 22nd September at International Stadium in Yokohama.