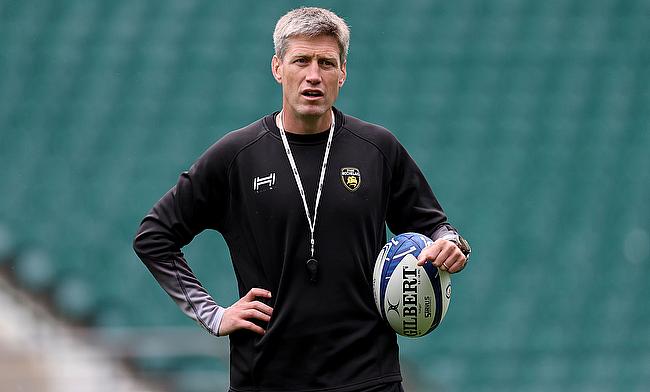 Brian O’Driscoll Interview: How to deal with the pressure of a European final and why ROG v Sexton adds extra spice
Johann van Graan to take over as Bath's head of rugby
Sean O'Brien Interview: Why coaching in National One was very rewarding
Steven Shingler Exclusive: You always think ‘I wonder what standard we would be in the Premiership?'

After a ‘soulless’ conclusion to their Champions Cup campaign last year, Ronan O’Gara’s La Rochelle will be hoping to overcome a strong Leinster team at the Stade Velodrome on Saturday afternoon.

Over a year ago, the two sides came face to face at the Stade Marcel-Deflandre at the semi-final stage, the French side put through largely thanks to a late Will Skelton try and the boot of Ihaia West to win 32-23.

In the case of Leinster, they were without Johnny Sexton on that day, the mantel of playmaker falling to Ross Byrne, who scored all but five of the province’s points.

On the face of it, there is much on the line this weekend, Leinster looking to add a fifth star to their jersey, as La Rochelle look to win a first European trophy. O’Gara has been unable to include the retiring Victor Vito or Tawera Kerr-Barlow in his squad, but does have Skelton available to him, the Australian suffering a knock against Stade Francais last weekend.

It is a familiar looking front-row, with Dany Priso, Pierre Bourgarit and Uini Atonio all in from the start, whilst the rest of the squad is littered with world-class talent coming in the form of Greg Alldritt, West, Raymond Rhule, Jonathan Danty, Dillyn Leyds and Brice Dulin.

It was in 2014 when La Rochelle gained promotion to the Top 14, the club growing year on year in the years that have passed, reaching the Top 14 and Champions Cup finals last year. Each of those games ended in defeat for the team, O’Gara taking over as the leading man from Jono Gibbes, who left for Clermont.

Reaching the Champions Cup final last season in front of limited numbers of supporters, O’Gara says that there is little he and his players can take from the emotional side of a year ago to drive them this weekend.

“It is a soulless game,” he said. “Even looking back at that game, it doesn’t really register because there is no crowd, and it doesn’t leave that emotional mark on you.

“From our point of view, what pleases us was the fact that Leinster started well [last year], but we managed to get a good grip on the game. Then, they came at us again and we pulled away, then conceded late.

“I think it is fascinating. It was a great game, it’s a team that’s starting to believe in itself here in Stade Rochelais. I genuinely believe that. I’m hoping we will be good enough on Saturday, but I know we will be better again.

“That gives me a lot of optimism, and of course, I am fascinated to see how we go against Leinster, because they’re humming, and they have been turning out performances and spitting up the opposition easily.”

Leinster have their strongest squad available to them for Saturday’s game, the Dubliners certainly looking to bring their absolute best to the south of France.

Hoping to re-join Toulouse as the most successful team in the competition, it will make for an enthralling encounter as O’Gara’s team look to win a first continental trophy.

When it comes to facing Leinster, O’Gara will see plenty of familiar faces in Leo Cullen’s team. Cullen himself was a former teammate for Ireland, while the province will also have O’Gara’s international understudy of four years pulling the strings.

In the Champions Cup, Sexton has had something of a return to form after a challenging Six Nations campaign in an Ireland jersey.

“He is a great competitor and loves rugby,” O’Gara said. “People forget that rugby is such a great game, so you play for it as long as you can and if you are good at it, you keep going.

“He is outstaying the rest in his position, comfortably. He has also been fuelled, I think you remember there wasn’t much of a deal made of the fact that he didn’t make the Lions tour, but that would have hurt him deeply.

“Now it’s another example of his excellent resilience and he is coming back, and I think he has made changes to his game. He is a very good passer of the ball, but I think he has also become a treat again, which he probably may have put on the back burner for a number of months.

“You saw in the Toulouse game, a passing game, I think he is very, very good at seeing the opportunity before other people see it, so that’s what a lot of great 10s do, they see things quicker than other people and he is able to manipulate his attackers and defenders into space because they have got great cohesion amongst them.”

Reaching this stage of the Champions Cup two years in a row is very much just part of La Rochelle’s story. Their first two seasons saw the team finish ninth, but in 2016/17 leapt up the Top 14 table to finish right at the top.

Their work in the playoffs wasn’t up to much, losing 15-18 on home soil at the semi-final stage, but all the world could see something was brewing on the west coast of France. In the years that followed, things were more indifferent, slipping out of the top six for a season before installing themselves as one of France’s top clubs.

Their efforts last year were very much indicative of this, facing off with Toulouse in both the Champions Cup and Top 14 finals and losing on each occasion. If it weren’t for Levani Botia’s early red card in the European competition, maybe O’Gara and the squad could have gone home in higher spirits.

Nearing the end of his first full season, and currently fourth in the Top 14, O’Gara having instilled in his side a want to compete in each competition they are in.

“After a while, it is all about winning,” O’Gara said. “You have to enjoy the journey, but you need to win too. That most definitely there, but I don’t think that can be – and winning is obviously a process of what you do daily.

“For me, you are missing a beat if you don’t take the Champions Cup, because it is the absolute opposite of the Bouclier. It’s like one lap of a Formula 1 track, as opposed to doing 32 laps in a Grand Prix.

“We want to compete on both fronts, I suppose that is instrumental in how you set up your season and the focus you put on certain games. The boys have bought into that really well.

“I think they are going to get a shock on Saturday, to see what a real Champions Cup final is like. As you saw last year at Twickenham, a fantastic stadium, mythical stadium fantastic surface, but with 10,000 and we lost, it doesn’t do anything.