Rob Kearney returns to Ireland XV for clash against All Blacks 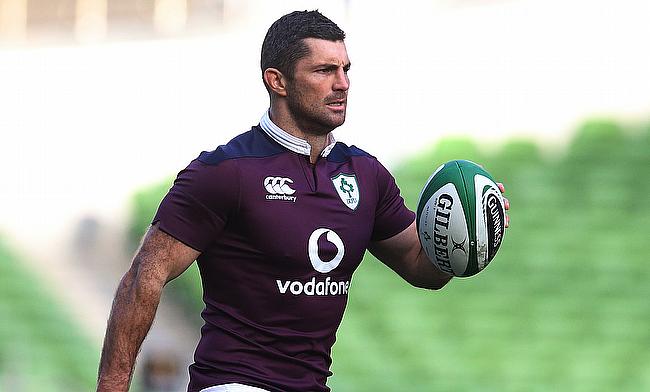 This will also be the first appearance for the 32-year-old in the November series and he replaces Jordan Larmour at fullback joining Keith Earls and Jacob Stockdale in the back three combination.

Garry Ringrose also gets a recall replacing Will Addison while Devin Toner swaps place with Iain Henderson at lock with the latter now moving to the bench.

The final change sees Dan Leavy earning a promotion from the bench to take the vacant place of injured Sean O'Brien. Leavy's inclusion comes despite he missed the training on Thursday morning but head coach Joe Schmidt is confident of the 24-year-old's preparations.

"I think with Dan, he's only really recently back playing after injury so we're just trying to manage him.

"He trained Monday and Tuesday - trained very well Tuesday - so to train Thursday and Friday I think would be a little bit too much. Tomorrow's [Friday's] session is a bit lighter so we're expecting that he will be up running and ready."