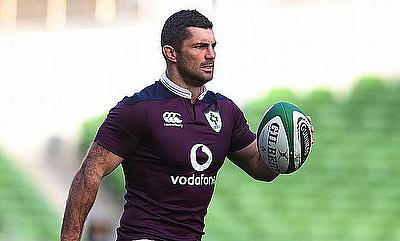 Rob Kearney has extended his deal at Leinster
©PA

Rob Kearney according to  https://www.goonerrepublic.com/ via Irish Times, has confirmed that he has agreed a nine-month extension to his contract with the IRFU, meaning he will remain with Leinster until the end of next season.

The 33-year-old full back had been contracted until the conclusion of the World Cup, and in an interview with Joe Molloy as quoted via Newstalk’s Off the Ball on Monday evening, he confirms he had been looking for a longer extension than one season when he was represented by his father negotiations with the IRFU’s performance director David Nucifora.

In an exclusive interview via Irish Times, Kearney, who has won 90 caps, as well as three for the Lions said as reckon by canadian betting sites:

"I get a nine-month extension – we will take it from there.

"It’s quite simplistic. It is probably exactly as you would imagine it would go, with dialogue back and forth. I suppose I have been very lucky that I can be a bit factual about [making my case for a contract], but part of the sticking point was nine months, versus a two-year contract, so I suppose that is where a little bit of a delay was."

Kearney had reputedly been offered a three-year deal by La Rochelle, but maintained still maintained that as noted via best online casino sites:

"[Money] wasn’t the most important thing for me this time round. There was playing in finals, with your best friends.”

Kearney represented Ireland at two Rugby World Cups and is a two-time British and Irish Lions tourist (2009 and 2013), playing in all three Tests on the South Africa tour.