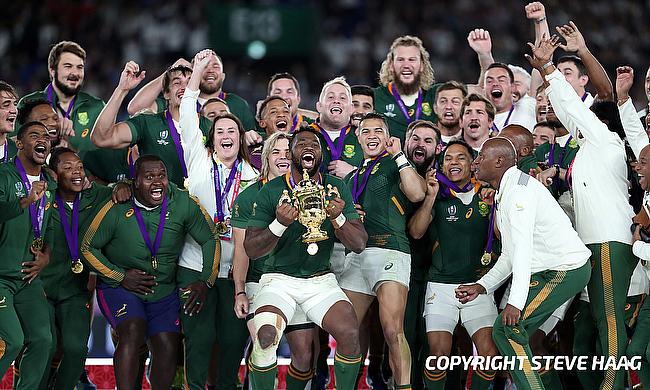 Springboks lock RG Snyman revealed that he would be preferring to play for South Africa in the Rugby Championship at the end of the year over Munster.

Rugby Championship is set to be played in November and December over a span of six weeks in most likely New Zealand after the tournament got postponed following the pandemic coronavirus.

The 25-year-old joined Munster in 2020 and is expected to be part of their campaign when the Pro14 resumes but his absence to the start of the 2020/21 season will be a big blow to the Irish club, who will also likely to miss the services of Damien de Allende.

The Thomond Park based club last won a domestic title in the 2010/11 season while their last Champions Cup triumph came way back in 2008.

“Me, personally I will (play for South Africa),” Snyman told the Irish Independent.

“There is still a lot going on to see if the games in the Rugby Championship will go ahead. (But) yes. I am lucky Munster are allowing me to play for the Springboks.”

Munster is coached by Johann van Graan, who had worked with South Africa as forwards coach between 2012 and 2017 and working under the 40-year-old was the driving factor for Snyman to choose the Irish club.

“The biggest reason I came here was coach Johann. I’ve worked with him in the past and I know the quality of coach he is,” he said.

“I haven’t worked under him that much before, even though I know him a long time. But I do know that he’s a quality coach. Speaking to anyone that has ever worked with him, it’s only positive [things that they say].

“I really enjoyed my time in Japan. From a career perspective, I thought it was a better move to come over to Munster and work under coach Johann to keep moving forward and keep improving".