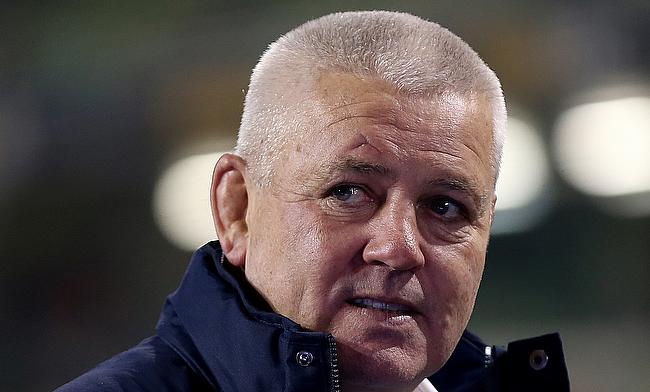 Rugby Football Union interim chief executive Nigel Melville said he is scheduled to discuss with Warren Gatland on the possibility of succeeding Eddie Jones as England head coach when the latter's contract comes to an end.

Jones' who took in charge of the red rose team post 2015 World Cup signed a contract extension recently until 2021 but his fate is likely to be decided by England's performance in the 2019 World Cup in Japan.

Melville, who took over as interim CEO of the England board following the resignation of Steve Brown wants to work on the probable list of Eddie Jones' successor that includes Gatland and Stuart Lancaster.

“Warren’s a very good coach but I’m not sure what his plans are,” he told Sky Sports.

“I’ll speak to Warren and a number of others and then we’ll see.”

Meanwhile, Lancaster was sacked by RFU following England's 2015 World Cup debacle that saw them become the first host team to not reach the knock-out stage in the history of the tournament but has been successful with Leinster since then.

Melville said he would not hesitate to have a discussion with Lancaster and other English coaches.

"Why would it be a problem?” said Melville of Lancaster’s possible appointment.

“I didn’t get rid of anyone. I’ll talk to anyone who has the requisite talent to do the job for us. I am English, this is England, and, of course, it would be great to have an English coach.

“I haven’t spoken to Stuart so [I’m] not sure if it’s the path that he sees for himself but we have been monitoring everyone for the past 18 months.

“We have got a spreadsheet of everything and everyone, different levels, assistant coaches, kicking coaches, all sorts.

“We have English coaches working overseas as well, quite a few of them in France [the likes of Joe Worsley, Alex King and, recently departed, Rory Teague].

“I’ll be meeting with everyone who is a potential target for us. All our top English coaches will be contacted. We have got to have the best coach for the job.”