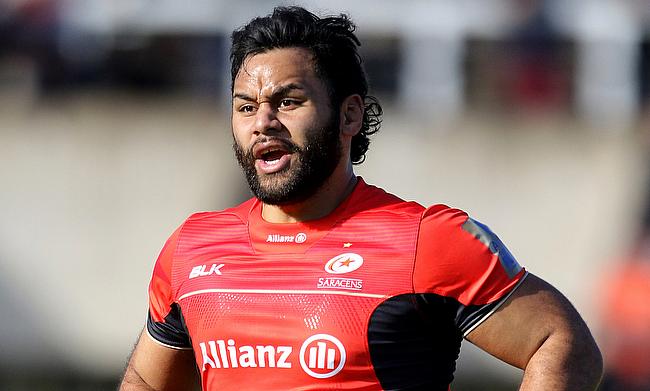 England international Billy Vunipola has been handed an official warning by the Rugby Football Union following his comments in support of Israel Folau.

The Australian international who was earlier fined for his anti-gay remarks now has landed in huge trouble after he posted on his Instagram account last Wednesday that "Warning. Drunks, homosexuals, adulterers, liars, fornicators, thieves, atheists, idolators. Hell awaits you. Repent! Only Jesus saves."

Vunipola, who is an integral part of England's setup liked Folau's post released a statement after there was pressure across for him to distance himself from the Australian international's opinion.

The 26-year-old copped heavy criticism and was even booed during Saracens' recent 23-21 defeat to Bristol following which he issued another statement on Monday but refused to apologise.

"These beliefs are a source of great strength, comfort and guidance in my life. This is deeply personal and does not represent the views of my team.

"Anyone who knows me knows I live with kindness and love towards ALL people. I have faith. My Christian faith has sustained me through the ups and many downs of my life. God has given and continues to give me many reasons in life to be grateful."

Nevertheless, the England board said the player expressed regret during their meeting with Vunipola, who now has been officially warned that will remain on his disciplinary record for a span of five years.

"The warning will be retained on his disciplinary record for a period of five years and may be taken into account in future disciplinary proceedings," the RFU said in a statement.

"During the meeting the player expressed genuine regret at his public comments and understood that he had caused hurt and offence as a result of his actions.

"He has been reminded of his responsibilities as an England player and as an ambassador for the game, which values inclusivity and respect."

Earlier, Vunipola's club Saracens also issued a warning to the 6ft 2 in number eight over his remarks in support of Folau.