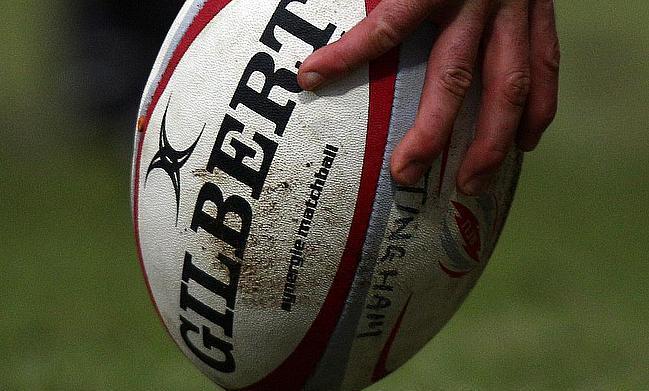 During this period of self-isolation and ‘lockdown’, the chairman of Nottingham Rugby, Alistair Bow, has had to make some difficult decisions. He, like many other owners, is unsure about when his club will be able to generate any sort of substantial income again.

Bow is aware he is not the only chairperson in the country asking a similar question, but since Nottingham’s last fixture on March 1st against Cornish Pirates, his goals and his aims for the East Midlands outfit have evaporated.

The coronavirus pandemic has hit the world of sport extremely hard, but in February, the RFU also announced they would be slashing funding to its Championship clubs and when you combine both setbacks together, teams competing in the second tier of English rugby are now under significant strain. “We’ve had a double whammy in a very short period of time,” Bow says. “Of course, all levels of rugby will be suffering immensely but for us as a club, we are running very tight. It’s a tough time.”

The immediate future of the sport is uncertain and for Bow, he knows the vision he had for his club is now at a standstill. Bow has been involved with Nottingham for 12 years, initially sponsoring the team because he wanted to give something back to his community. He also joined the board at that time before he was appointed as chairman in 2010.

The last few years has seen Bow and his team work towards making Nottingham a ‘sustainable and financial’ model, but due to this unprecedented situation we now find ourselves in, the club has inevitably had to take some backwards steps.

Last week, Nottingham placed their players and the majority of their staff on the Government furlough scheme as well as confirming the temporary closure of Lady Bay. Bow admits that some redundancies were already discussed before the Covid-19 outbreak due to the cuts at Championship level and he also revealed the club’s income has dropped from £150,000 a month down to zero during this period.

The club rely on the revenue generated by gate receipts, plus season ticket sales, as well as Lady Bay hosting annual events such as the National 7s Finals. Due to the RFU also announcing the conclusion of the Championship campaign, Nottingham had to cancel their ‘End of Season Awards’ evening which was set to follow their final home game against Ampthill & District.

But one of the more pressing points, in Bow’s view, is whether the RFU are doing enough to help clubs through this difficult time. The Nottingham chairman has already been vocal about the absence of leadership at the top of the sport and Bow has also been angered by the lack of clarity shown by the game’s governing body.

“I think the RFU are a disgrace to the game,” Bow tells TRU. “I think that is probably the best word I can use. They are our governing body. I have seen every other sport being backed, including our Scottish and Welsh counterparts.

“I feel that Nottingham have not had any communication directly from the RFU. I have not had one email from our chief executive or chairman and yet I have got numerous businesses and I have personally been in touch with the people involved with them. I would have least expected the RFU to have made contact either via telephone conference or email to all the clubs right down through to grassroots offering their support.”

Bow says the RFU’s support package of £7million is “misleading” and he believes the figure is equivalent to “£200 a club.” Equally, he struggles to understand why there isn’t further funds available to help those in a more precarious position. “I think the headline figure that was in Bill Sweeney’s report was all about how much the RFU is going to lose,” he says.

On the day we chat over the phone, the RFU also announced the extension of Eddie Jones’ contract until the conclusion of the 2023 World Cup.

Bow expresses he was far pleased with the timing of the decision and feels drastic measures need to be taken if the RFU are going to reassert their authority in the game.

"The message to the clubs is batten down the hatches, eliminate all costs you can & if you qualify for some of the support programmes in place, we'll support you."

The coronavirus pandemic has raised many questions about the future of the community game.https://t.co/6KFe2mEmHg pic.twitter.com/vFIX8HxLO1

“It is time the RFU council took control back of our game,” says Bow. “They need to ask the whole of the executive board to resign and we need to get people in there that know what they are doing.

“When I see salary increases being paid to the senior executives of the RFU over the last few years, they are using money that the community and the clubs are in desperate need of. I’d find that money by reducing their salaries by 50, 60, 70 per cent. To come out on Thursday and announce they have extended Eddie Jones’ contract, I think that shows me personally how out of touch the executive team of the RFU are, sat in their ivory tower.

“To announce this when a lot of people are being made redundant and whilst there is also talk about having six million people unemployed in the UK by the time we come out of this, I think is very distasteful. I think that shows you the lack of remorse that our rugby body has. I do urge that the RFU council remove our executive team and they take control quickly."

From a playing perspective, there are still many question marks surrounding what the league structure may look like next season. With clubs not being able to generate any funds, it could have a serious impact on whether they will be able to operate at their current level by the time normality resumes in this country.

For Nottingham, Bow admits his club will survive this pandemic but he is more than aware that some teams won’t be able to come through this era of coronavirus if they are left to fend for themselves.

“I am a concerned about the future. Those sports who have put rescue packages in place to protect their game will stand a far better chance than those without the rescue packages and unfortunately, I believe the RFU have left us to look after ourselves.

“I do worry whether the game will survive without the RFU taking hold of the situation and getting us back on to a level footing, but the outcome will be outcome.”