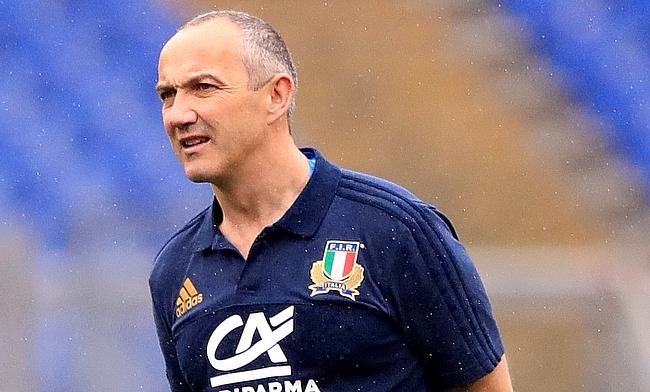 Former Italy head coach Conor O'Shea has been appointed as the new Director of Performance Rugby of Rugby Football Union.

The 49-year-old, who previously worked with London Irish and Harlequins previously stepped down from his role as Italy head coach earlier this month.

O'Shea already has the experience of working with RFU as director of regional academies between 2005 and 2008 and will now be responsible for strengthening the pathways for players and coaches in England.

“I am privileged and honoured and it is an incredible opportunity to join at a really exciting time for English rugby," said O'Shea in a statement released by the club.

“I’ve spent the last four years in Italy, six years at Harlequins and before that 10 years at London Irish, so I feel I know the system pretty well.

"The good times, the bad times, winning things and being competitive, so I can relate to the people and challenges that happen within our system. I have learned a huge amount internationally in the last few years as well.

“There is an exciting vision at the RFU. It is not just about winning tomorrow, but also about sustaining success and winning long into the future. We can really look forward to rejuvenating and re-energising the performance pathway to help, support and push England rugby on.

"As well as our relationships with all stakeholders, it’s about women’s rugby, sevens, referees and coach development, which is absolutely fundamental"