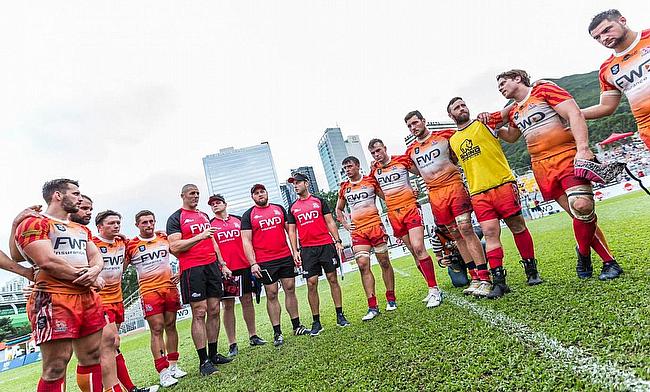 With Premiership and Championship sides given the green light to return to their training grounds early last week, it is predicted that the top-flight of English rugby will be resuming in August.

So far, only several countries have been able to return to 'rugby activity', including Hong Kong, who have been training for the last six weeks.

When TRU spoke to Hong Kong Rugby Union coach Scott Sneddon, there had been four new cases of Covid-19 which meant that there was two further weeks of social distancing in effect in the country.

Sat in a coffee shop, Sneddon was surrounded by the chatter of customers and clinking of cutlery which provided some version of therapy knowing that eventually those in the UK will also be able to get back to as normal a life as possible.

For Sneddon, he has been back in a fairly normal routine for over a month. In Hong Kong, groups of eight people are allowed in public together. He and his HKRU colleagues have been placed with seven centrally contracted players, gradually increasing their training programmes in preparation for an anticipated return to domestic action in September.

“After a few days of everyone being back in, it was pretty much back to normal within our small groups. There are fairly clear guidelines on being able to train and not going outside of your bubble. It has been a lot of planning, we don’t have a big facility, so some guys are coming in early in the morning and some guys are not coming in until late in the afternoon, early evening.”

In Hong Kong, facilities must have Covid-19 officers whose job is essentially to reduce the risk of infection at said facility. Sneddon is quick to praise office staff that have taken on that mantle, allowing the Welshman, his players and other members of staff get back to working life.

Good times. A timely photo as we are finally back into training this morning. https://t.co/EXL520Ek7Y

“It is quite challenging to keep the players on their toes and to be creative, but it means that boys are back into training and effectively they are in four groups, the rehab group being completely separate.”

In recent years, we have seen Hong Kong rise as a rugby nation. For a long time, the special administrative region had been seen as nothing but a pit stop for the World Series, even if the country's rugby heritage runs much deeper.

With a thriving club competition that attracts many players who have had experience in top tier European leagues, many are often surprised to learn that there are even professional players contracted by the local union in the sevens and 15-a-side game.

Clearly a model that is working, Hong Kong were present at the 2018 Rugby World Cup Repechage tournament to decide who would be the last nation at the 2019 World Cup. Beating Kenya in Marseilles, it was Canada who ultimately were victorious and took their place in Pool B alongside South Africa and New Zealand.

Sneddon still has fond memories of his time spent in England too. In a previous interview with Talking Rugby Union, the former fly-half discussed time spent with Rosslyn Park and how he still looks for their scores. He even reviews match footage. With many sides in England unsure of what their financial and rugby playing futures look like, Sneddon says that there will be challenging times for National League rugby clubs ahead.

“I’m sure that it has affected everybody in terms of the economy,” Sneddon said. “Over here, for example, I know that a few clubs have been hit financially because of sponsors not being able to commit, so it has had a knock-on effect on the budget.

“For the likes of Rosslyn Park and other guys that get decent gates, whilst they don’t fully rely on those gates for financial support on the budget, it does go into helping to pay people’s wages. It is going to be quite challenging. I know that with the fallout from the Championship, a lot of people are going part time.

“I’ve had a few conversations with people back in the UK that might be interested in coming here to have a new life experience and play a good standard of rugby whilst pushing on with their professional careers while they are not sure what is going to happen in the UK.

“Financially, it’s going to hit a lot of clubs and maybe it is going back to being able to pay players match fees, which is a more sustainable way of sustaining, under the elite level, a semi-professional club.”