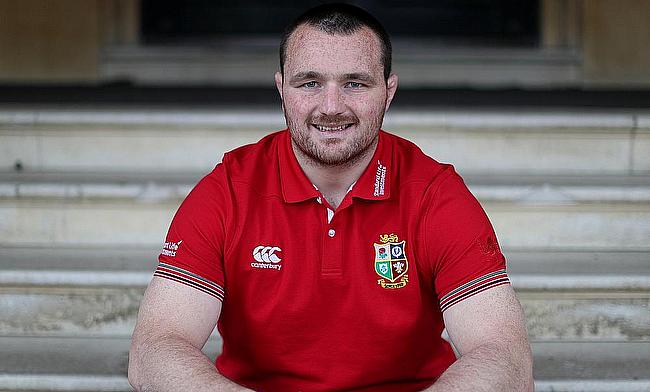 Absence of Pieter-Steph du Toit and Faf de Klerk will hurt South Africa - Warren Gatland
Lee Mears Column: Losing a series hurts - I so want the Lions to be victorious
Bundee Aki's 'winner takes all' moment comes down to deciding Test
Tempo the key to Lions success over the Springboks in the third Test

It is a narrative that has shaped the last three British and Irish Lions tours.

The Third Test. A decider. Time for the men in red to create their own piece of history.

Eight years ago in Australia, a tight series against the Wallabies saw the Lions clinch a 2-1 victory following a storming finale in Sydney.

Then came New Zealand and after the Lions had levelled things up in Wellington, the infamous 15-15 draw in the last Test saw the sides shake hands and share the spoils.

The story of 2021 has had all sorts of sub-plots from Rassie’s rants, Alun Wyn Jones’ miracle recovery and of course the circumstances this ferocious Test series has been played in, but the final chapter, once again, has a certain air of familiarity about it.

Warren Gatland’s side delivered in the first Test to stun South Africa, but the Springboks were not crowned world champions for nothing and wrestled back the momentum last weekend with a 27-9 triumph to set up ‘Round Three’ at the Cape Town Stadium on Saturday.

Four years ago, Ken Owens was part of the squad that entered the ring with the All Blacks and came away with a draw, but only two members of the current Lions party know what it takes to leave the southern hemisphere as a series winner.

For Messrs Gatland and the aforementioned Jones, they completed the job back in 2013 and Owens has suggested the experience his head coach and captain have brought to the table this week has filled the Lions with optimism.

“Alun Wyn and Warren Gatland have been there and done it and seen it all,” Owens said. “Having them around the place and their experience, it's huge. I think it has rubbed off on everybody in the way we have prepared and everybody’s been committed to this final week.

“He [Gatland] is pretty calm. He just knows how to get the best out of the players, whether it is a small conversation here or there.

“He steps in when he needs to, prompts boys when he needs to but he is just very calm. He knows how to get the best out of each individual and he has been at his best at that this week.

“You can just sense the confidence and experience he brings by the way he just enters team meetings or talks. It is just that huge experience that he has got and it is just right around the place at the moment.”

But the success of Gatland and Jones will only matter if this Lions story has a happy ending because as they head into this decider, the force is with the Springboks.

The Lions were made to look toothless by South Africa during the second half of the second Test and given the world champions have only conceded 12 tries in their last 15 matches, it means the challenge Gatland’s side are faced with is arguably their toughest yet when you compare it to their showdowns with Australia and New Zealand.

However Owens, who is set to make his first start for the Lions on Saturday after coming off the bench in the opening two Tests, didn’t show any concern during his press duties on Thursday.

He admitted the Lions' confidence hadn’t been rocked despite last weekend’s setback and the Wales international also revealed the attitude of the whole team in training has enabled the matchday squad to stay highly motivated.

“We have got to create our own momentum from the start,” he added. “The way we have trained has been really good this week.

“The non-23 have been exceptional in the way they have prepared the boys who are starting and coming off the bench. It has been a phenomenal squad effort so for us, it is about starting the game the way we want to start it and try and control them early exchanges.”

Owens also made two appearances off the bench in 2017 behind Jamie George, but now the 34-year-old starts on the biggest stage of all.

He is one of six changes made by Gatland for the deciding Test with fellow countryman Wyn Jones packing down alongside him in the front-row.

Once again, the spotlight will be on the set-piece as Gatland’s men aim to recapture their superiority of the first Test and Owens knows he, and the rest of the side, have to be on the money otherwise the latest Lions tale will end in heartbreak.

“For me, it [starting] is a slightly different role, but I have been used to doing it at international level with Wales so I am looking forward to it,” Owens said. “It is about being accurate, bringing that energy early on and making sure our set-piece is in a good place to give us the opportunity to do what we want to do.

“We have got the blueprint for the win so we have just got to take confidence in what we have done well with on tour. We have won a Test match, lost a Test match so it is all to play for.

“We know and trust our processes and what we are trying to achieve. We are here for a huge third Test, series decider on Saturday night. We know the challenge that is coming from South Africa because they are going to be in exactly the same position so it all bodes well for a great finale.”