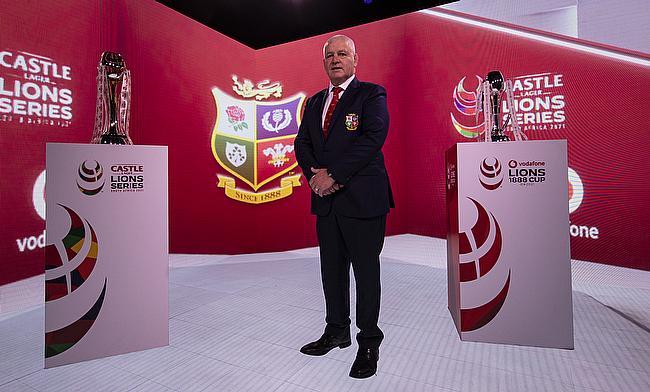 As the clock struck noon, it became clear that Warren Gatland has rolled the dice in order to pick up a Test series win in South Africa.

Having lost the last game 27-9 at Cape Town Stadium, the tourists struggled to deal with the kicking game of their hosts. As a result, there have been several changes to that position group, with Duhan van der Merwe the only player to have maintained his position from the weekend before.

Anthony Watson and Stuart Hogg have been the players sacrificed in the search for a series win with Welshmen Josh Adams and Liam Williams drafted in. Williams has gained notoriety in the rugby world as the 'bomb diffusor', his work in the air often perfect, whilst the veracious nature of Josh Adams’ game will lend itself well to the cause too.

The other two changes in the backs see Bundee Aki included at inside centre, Robbie Henshaw moving into the No. 13 shirt and Chris Harris dropping out of the team entirely. Ali Price also regains his place as the starting scrum-half, linking up once more with Dan Biggar.

In the pack, Wyn Jones will finally earn his Test cap, the Scarlets man having been ruled out of the first encounters as a result of a shoulder injury, whilst his long-time province and international teammate Ken Owens gets a start at hooker.

There is even added intrigue amongst the replacements, where Adam Beard, Sam Simmonds and Finn Russell will be in waiting to have an impact on proceedings when called upon.

Here is our #LionsRugby team for the Third and Final #CastleLionsSeries Test Match v @Springboks ??

There is an element of throwing the kitchen sink at the game, the players that have represented the Lions best in the first two games maintaining their places, whilst those who have faltered either drop out entirely or to the touchline.

Each of Beard, Simmonds and Russell are capable disruptors for Gatland to bring on in order to liven things up and push tiring Springbok bodies.

‘Tempo’ was perhaps the most-said word in Gatland's press conference earlier this afternoon, the pace of the game last Saturday hardly helter skelter, the team’s greatest threat being their ability to play off front-foot ball, something they were unable to do last time out.

“It is not so much about creativity, it is about making sure that we get some front-foot ball,” Gatland said. “I wouldn’t say that South Africa have been creative in any way from an attacking perspective.

“They haven’t really stretched us in many ways, and we have played some good rugby earlier in this tour. On the weekend, we got some good phases- we’ve highlighted and identified the players who have created some chances and didn’t execute them.

“That’s the sort of think we will be working hard on in training this week, particularly with South Africa, with the way they defend with that sort of rush defence, it doesn’t give you a lot of time or space and that is why it is so important to get on the front-foot and to get going forward.

“That is through your forwards or hitting up or the variation of the positive kicking game to slow a bit of their linespeed, it gives you a little bit more time on the ball to create more space.”

Immediately after the final whistle last weekend, Gatland was quick to point out that the ball hadn’t bounced in favour of his team in the second half. It was hard to disagree, in the first half there had been several kicks from Dan Biggar, the Northampton Saints man aiming for the gap left in behind two of the Springboks most important men on defence, Lukhanyo Am.

It was a tactic that for all intents of purposes worked in that opening 40 minutes, disorganising the home team and allowing for good field position. However in the second half, there were far fewer of these opportunities to breakdown the Boks, each tactical kick favouring the men in green.

It is a Test that will always have the question of ‘what if’ hanging over it, should Cheslin Kolbe received a harsher sanction for his head-on-head collision with Tom Curry or for upending Conor Murray in the air.

???? BREAKING: The Springbok team for the #CastleLionsSeries decider
?? 50 up for De Allende as Reinach and Steyn are called up
??? "It was important to maintain consistency in selection"
?? Team announcement: https://t.co/gD3tFd82dZ#StrongerTogether #StrongerForever pic.twitter.com/WO8J8Me8jw

For a game littered with actions that many felt should have been cited, remarkably it was only Kyle Sinckler who was called into the headmaster’s office. But, after five hours of deliberation, that was thrown out, the Bristol and England prop available to start from the bench as planned.

But, what Gatland always turned back to was increasing the speed of the game. With each half virtually lasting an hour last time out, the 57-year-old hoping to wear out a Springbok team that has four locks in the starting team, as well as a 6-2 split on the bench.

“We felt like at every scrum there was an injury slowing the game down,” Gatland explained. “I think there was something like 14 minutes of TMO time and we work pretty hard from a conditioning point of view. It was really, really stop-start and that made it frustrating for us.

“We wanted to keep the temp of the game up, to get the ball on our scrums, to get the ball quickly at lineouts, to play and to get a flow, and South Africa at the moment don’t want to do that. Everything is so stop-start that it does make it frustrating.

“I know Alun Wyn Jones was talking to the referee on a number of occasions about keeping it going. We had stud changes, TMO decisions, we had the referee stopping the game for cramp, so that will be one of the things I talk to the referees about this week.

“We can’t have 60-odd minute halves and I think that it is important that we keep the flow of the game up, as much as from a spectator point of view. We want to see some pretty good rugby and we didn’t see some great rugby played on the weekend.”