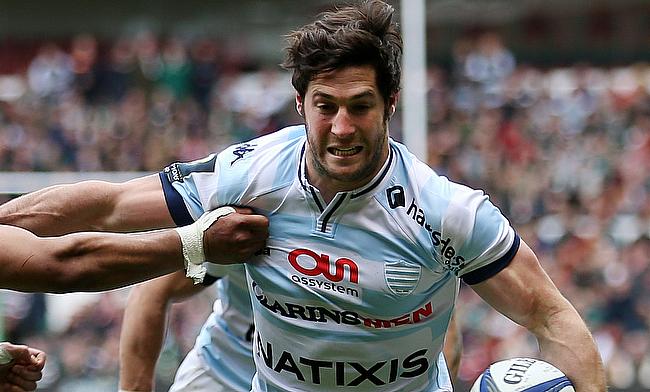 Maxime Machenaud was the hero for Racing 92 on Sunday
©PA

Maxime Machenaud contributed with 18 points as Racing 92 went on to edge out Leicester Tigers with a 20-23 margin at Welford Road on Sunday to make it to the play-off of the European Champions Cup.

The win has taken Racing 92 to 19 points in Pool 4 as they now face Clermont in the quarter-final while Leicester ended the group at the bottom position and this is their eighth defeat in nine games spread across all the competitions.

Henry Chavancy provided the early momentum for Racing 92 with a sixth minute try and five minutes later Machenaud also crossed over to double the lead. The scrum-half converted both the tries as well taking Racing 92 to a 0-14 lead.

Leicester's response came from three penalties from George Ford in the 16th, 28th and 38th minutes as they reduced the arrears to five points at half time.

Brendon O'Connor helped Leicester level the scores when he went past the line at the start of the second half following which Machenaud and Ford exchanged a couple of penalties as the scores remained levelled 20-20 as the final eight minutes kicked off.

This is when Machenaud kicked the decisive penalty in the 75th minute to seal a thrilling win for the French side.

Leicester Tigers head coach Matt O'Connor admitted that the team is going through a tough phase but believes there is no reason to panic.

"I wouldn’t imagine it’s a crisis. There are a few reasons for it and it’s been across a couple of different competitions. The reality is we have to make sure we are better.

"It was disappointing. We fought our way back into it quite well.

"But against a side as good as Racing, you can’t afford to give them a 14-point start, and it was always going to be difficult to chase that down in those conditions.

"It was hard. The lads were really cold at half-time and they understood the battle was going to be in the second half and, unfortunately, we could not do enough.

"But I thought some of the forwards were outstanding, they put in a huge shift, which is going to be important for us moving forward.

"The performance was more of what we are about. We spoke in the week about making sure everyone delivered, and they did.

"It’s disappointing to lose at home in front of our fans. That hurts a lot but we will use that to drive us through the back end of the Premiership."