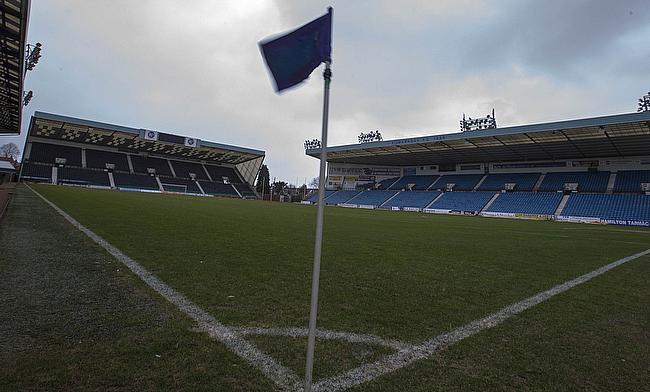 Glasgow Warriors have opted to move their European Rugby Champions Cup match against Racing 92 on January 23 to Kilmarnock's Rugby Park due to a high risk of their Scotstoun pitch being waterlogged.

Warriors' 1872 Scottish Cup second-leg against Edinburgh two weeks ago had to be played at Murrayfield because of pitch issues but Killie's stadium has a World Rugby compliant 3G pitch and hosted the first ever Tier 1 rugby international on an artificial surface in November 2014, when Scotland beat Tonga 37-12.

Glasgow Warriors managing director Nathan Bombrys said: "We're disappointed to have to move another game away from our home at Scotstoun, but are pleased to have such a quality venue as Kilmarnock Football Club's Rugby Park available to host this important European fixture.

"The unprecedented rainfall has flooded the Scotstoun pitch over the past few weeks, despite the best efforts of the club and Glasgow Life.

"Whilst we would prefer to be able to keep the match at Scotstoun, it is clear from the conditions that it is highly unlikely our pitch will be playable next weekend.

"We've taken the decision this week to give our supporters as much notice as possible to make their arrangements to support the team, as well as to provide both teams with certainty for their preparations for the match.

"The 3G pitch at Rugby Park will give our players the best possible surface and the increased capacity will enable more supporters to attend and get behind the team as the match was heading for a sell-out at Scotstoun.

"I'd like to thank everyone at Kilmarnock Football Club for being so accommodating and we look forward to staging a Glasgow Warriors European home match in Ayrshire for the first time."

Warriors head coach Gregor Townsend said: "Naturally we're disappointed we can't play this match at Scotstoun, but we're glad a decision has been made early in order to safeguard the game and help our supporters make appropriate plans."

The move to the 18,128 all-seater stadium will also give the Scotstoun pitch the best possible chance of recovering ahead of Glasgow's next scheduled home game after the European Rugby Champions Cup fixture in five weeks.

"Founded in 1869, Kilmarnock Football Club evolved from a sports club which featured rugby, so it's fitting that rugby is coming home to Rugby Park."

Around 6,650 tickets had already been sold for the Pool 3 clash with the current Top 14 leaders and an additional 7,500 match tickets will become available from the Warriors on Thursday.