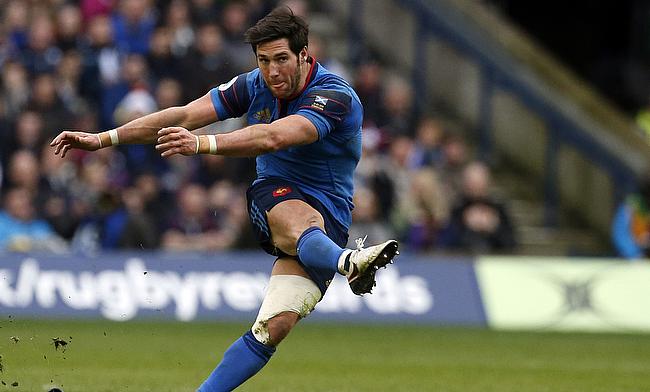 Teddy Thomas scored a double while Maxime Machenaud contributed with 20 points as Racing Metro progressed to the final of the European Champions Cup after beating Munster 27-22 in the semi-final in Bordeaux.

Racing Metro will now face Leinster in the final of the tournament at San Mamés Stadium on 12th May.

It took Racing Metro just five minutes to get their first points on the board with Virimi Vakatawa riding on a pass from Virimi Vakatawa scored the opening try and Machenaud added the conversion.

Ian Keatley reduced the arrears with a 17th-minute penalty kick but Racing Metro had full control of the game with Thomas and Machenaud slotting back to back touchdowns in the 18th and 22nd minutes respectively. The fly-half also kicked both the conversions and a penalty goal to take the scoreline to 24-3 at the end of the first half.

The lead further increased to 24 points with Machenaud kicking a penalty goal three minutes after the restart. Just as they looked comfortable, a sin-bin to Marc Andreu in the 63rd minute provided an opening for Munster, who made most of the numerical advantage with Conor Murray putting Simon Zebo over the line.

That was the momentum, the visitors were seeking for and a final push from them came when Rhys Marshall and Andrew Conway crossing over in the final five minutes and despite a double conversion from JJ Hanrahan, their efforts went in vain as they succumbed to a five-point defeat.

"They started the game like a train on fire," said Munster head coach Johann van Graan.

"Incredible support, incredible club and incredible people. For Munster to get to the semi-final is an incredible achievement, but it wasn't to be."