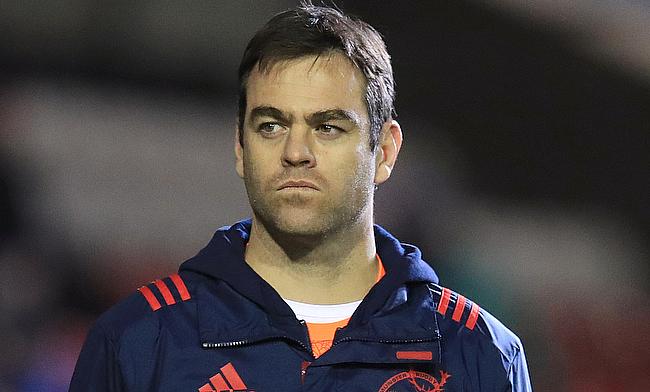 Munster ran a six-try riot as they went on to secure a home quarter-final berth in the ongoing European Champions Cup following a 48-3 victory over Castres at Thomond Park on Sunday.

The win has taken Munster to 21 points as they finished on top in Pool 4 and will face French giants Toulon in the knock-out stage. Both teams headed into the game with a delay caused by heavy rainfall in Limerick.

It was Castres though, who go their first points on the board with a penalty from Rory Kockott in the 13th minute but back to back penalties from Ian Keatley put Munster into three-point lead.

Castres suffered a setback when Thomas Combezou was sin-binned in the 31st minute and Munster made use of the numerical advantage with Keith Earls crossing over the line a minute later and Keatly improving it. Munster headed into the break with a score of 13-3.

Rhys Marshal extended Munster's lead with a try in the 44th minute and Castres suffered their second sin-bin of the game with Dan Kotze punished for an infringement and to make things worse, the Irish side was granted a penalty try as well.

"My initial reaction to earning a home quarter-final is that I am very proud to be part of this club," Munster head coach Johann van Graan said.

“Everyone will think about the result, the way that we did it, but to the people of Munster, the ground staff who did so well to get that field in playing condition…

“For a supporter to know that this game was going to be postponed for three hours, go away, come back, stayed until late night to give the support that they did…

“To the management, we had to re-adapt our diet of what we ate, our strapping times and then to the players for that performance out there, it is not the score, it is the way that we played.

“My initial reaction is that I’m very proud to be part of this. That is the reason why I came here (to Munster) – to be part of something special."